Vicky Nanjappa finds out what is going on.

The Madhya Pradesh police recently revealed that nearly 163 trucks with explosives on board have gone missing.

According to the MP police, these trucks were on their way to Madhya Pradesh from Rajasthan and were carrying more than 800 tonnes of explosives.

The investigation being conducted by Rajasthan's Anti-Terrorist Squad and the Madhya Pradesh police has revealed that an organised gang dealing in explosives, which operates in Rajasthan, Madhya Pradesh, Andhra Pradesh and Maharashtra, is behind the disappearance of the trucks.

A source in the Rajasthan ATS told Rediff.com that the gang is notorious for diverting explosive material and later selling it in the black market at higher prices.

"Our probe does not indicate that it (the explosives) has been diverted by either a terrorist group or Naxalite group," the Rajasthan ATS officer said. "However our primary concern is that the gang could sell it to any of these groups if the price is right and it could prove a nightmare for security agencies."

Madhya Pradesh police sources add that this is not the first time the gang has struck in this belt.

Its investigations suspect that a man named Charan Heda is involved in several similar cases.

The trucks were heading from Rajasthan Explosives & Chemicals Limited in Dholpur to a destination in Madhya Pradesh. The police probe has not yet discovered if the trucks were diverted from their route and its drivers overpowered.

"It looks like an insider job," the Rajasthan ATS source felt.

The police have already questioned four RECL employees responsible for authorising the consignment.

RECL has stated that it informed the respective police stations about the release of the consignment and say that all procedures were followed.

The police suspect the explosives were sold off at higher rates. "We have got the names of the companies which purchased some of the explosives and are interrogating their officials," police sources added.

There is another angle to the case of the missing trucks that worries the police. The Madhya Pradesh police believe that even though most of the missing consignment of explosives has already been sold at higher prices, they fear that some of it could fall into the wrong hands.

The MP police have formed four teams to investigate the case. Three teams will visit Rajasthan, Maharashtra, Andhra Pradesh while the fourth will conduct investigations in MP.

Interestingly, two men from Madhya Pradesh were arrested in Bangalore this week in connection with a similar case. The police in Bangalore said the men belonged to the same gang and their job was to supply explosives to the Naxalites.

Before being handed over to the MP police, the men confessed that Naxalite groups have agents to deal with the gang and are ready to pay any amount for the explosives.

In 2005, the Jharkhand police recovered 1,500 detonators from a supplier to the Naxalites. 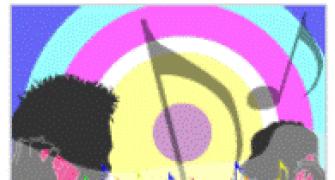 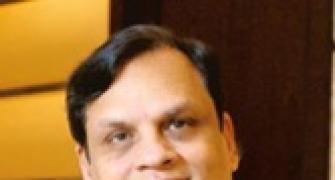