Chemical weapons from the Muammar Gaddafi era have been found in Libya and the new government has sought international help in securing them, National Transitional Council Prime Minister Mahmoud Jibril has said.

He said the NTC forces have found two chemical weapons sites in the country and they are currently under guard.

Jibril said the Organisation for the Prohibition of Chemical Weapons in Hague and the United States were notified about the findings.

"The US was notified because it is technically equipped to deal with this issue," Jibril was quoted as saying by CNN.

However, he did not provide any details about the sites, their location or when they were discovered, but said the OPCW will make an announcement soon.

Jibril said the OPCW is in direct contact with Libyan authorities and is taking the necessary measures to help Libya deal with the sites.

He said the situation would be handled by the OPCW and that a delegation from the organisation is expected to arrive in Libya on Thursday.

However, a top military spokesman for the National Transitional Council today said the chemical weapons were found about a month ago and it included mustard gas missiles.

"We found mustard gas missiles in Jufra and we asked our friends to come and help us," Col. Ahmed Bani said.

International inspectors working for the OPCW left Libya in February, the chemical weapons organization said, and do not know what has happened to Gaddafi's stockpiles since then.

In 2003, Libya agreed to destroy its entire chemical weapons arsenal, which included some 25 tons of mustard gas and 3,300 empty aerial bombs. Before the outbreak of the crisis the Gaddafi regime had destroyed 55 per cent of its declared amounts of mustard gas, according to the OPCW. 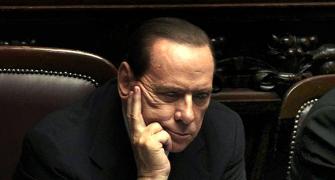 Hall of shame! Italy PM on US human trafficking report
Gaddafi to be buried in 'unknown location in desert' on Tuesday 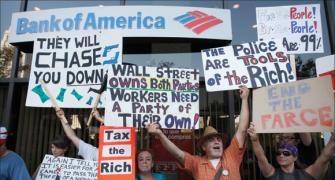 Who is to blame for America's financial mess?

Gaddafi's son 'trying to broker deal to surrender to ICC'