Fresh row over Assam governor's 'Hindustan is for Hindus' remark 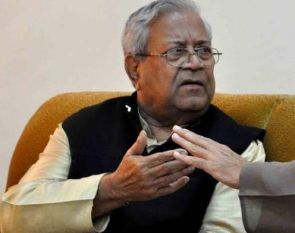 Assam Governor P B Acharya stoked a controversy after he reportedly said that “Hindustan is for Hindus”, drawing sharp criticism from Congress which alleged that it was reflective of the divisive ideology of the Rashtriya Swayamsevak Sangh and the Bharatiya Janata Party which has led to incidents like Dadri lynching.

Acharya’s attempt on Sunday to clarify the alleged remarks he made on Saturday at a book launch function further stirred the row after he said that “Muslims in India are free to go anywhere”.

“Hindustan is for Hindus. There is nothing wrong with that. Hindus from different countries can stay here. They cannot be outsiders,” the governor was quoted as saying by media.

As his reported remarks came under fire, Acharaya on Sunday said that what he meant was that all Indian-origin people, including Muslims, persecuted in any foreign lands were welcome in the country.

Congress on Sunday termed Acharya’s remarks as “unfortunate and shocking” as they came from a person holding a “constitutional post”.

Singhvi said that the same ideology and philosophy has led to a culture of absolute divisiveness, intolerance, mutual enmity, trust deficit in the last 18 months and incidents like Dadri.

“You have been hearing from MPs, MLAs, ministers and now from a governor,” he said. 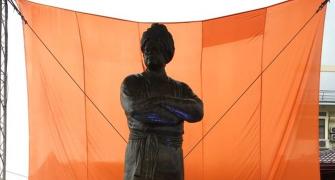 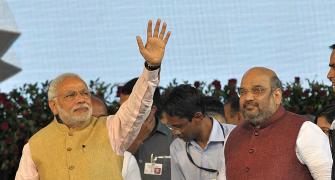 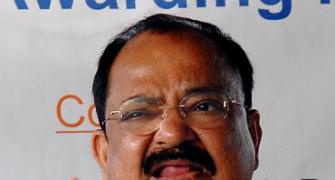 Naidu lashes out at writers, accuses them of being 'selective' 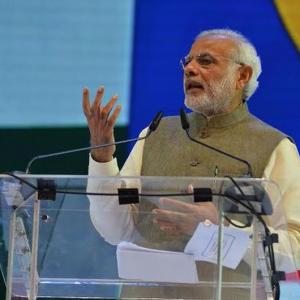 Religion should be delinked from terror: PM in Malaysia 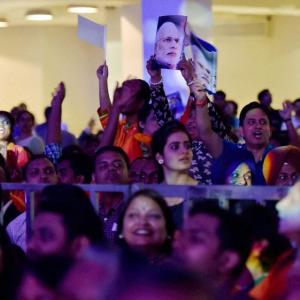