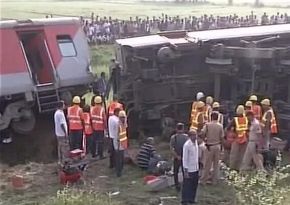 At least four passengers were killed and another eight were injured when the Delhi-Dibrugarh Rajdhani Express derailed at Golden Ganj station near Chhapra on early Wednesday morning in a suspected sabotage by Maoists.

Railways suspected sabotage by Maoists behind the derailment. “Prima facie, it appears to be a case of sabotage. There was a blast on the track, which could have caused the derailment,” Railway Board Chairman Arunendra Kumar said, adding, “Another goods train, 60 kms away from the station, also got derailed due to a blast. 18 wagons got derailed in the accident.”

The Maoists have given a call for a bandh to protest security forces’ “strong armed” action against innocent people in the area on suspicion of being sympathetic to the Maoists.

Kumar said the authorities have ordered an enquiry to be conducted by Commissioner Railway Safety, Eastern Circle to know the causes of the accident.

Railway Minister Sadananda Gowda has announced ex-gratia of Rs 2 lakh for the family of each of the deceased, Rs one lakh for the grievously injured passengers and Rs 20 thousand for those with minor injuries.

Passengers of the ill-fated train have been shifted to the nearby station to leave for their further destination.

Gowda and Minister of State for Railway Manoj Sinha have rushed to the site along with Railway Board Member Traffic, D P Pandey and Member Mechanical, Alok Johri.  Gowda said in the case of the goods train derailment, it is a prima facie case of sabotage.

“As far as the Rajdhani derailment is concerned, investigations are on,” the Railway Minister said.

Rajak said some of the coaches were hurled as far as 700 feet away from the track under the impact of the derailment. Maoists are suspected to be behind the incident, he said.

However, the Saran district administration has ruled out Maoist role behind the Rajdhani Express derailment.

Saran District Magistrate Kundan Kumar told PTI that the accident seems be due to operational problems and not triggered by Maoists.

He told reporters on the spot that another train Kaviguru Express had crossed the spot safely 15 minutes before Rajdhani Express.

Moreover, the place where the train derailed was not a secluded place but in a town which witnesses regular railway traffic. Hence any attempt of planting bombs or other activities of the Maoists could have been easily spotted, the DM said.

Kumar also said the casualty would have been higher, if it was an act of sabotage.

Maoists ultras had given a two-day bandh call in old Tirhut division comprising districts of Saran, Gopalganj and Siwan starting on Tuesday midnight.

Stranded passengers have been sent to Hajipur, headquarter of ECR, by a special train from where they would be sent on their onward journey, ECR CPRO said. 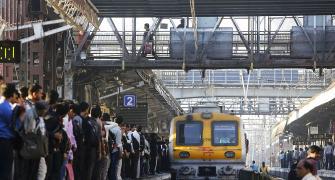 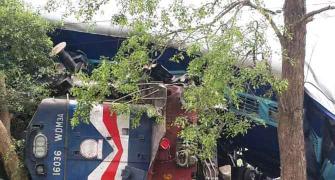 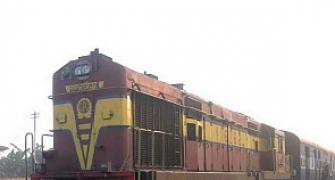 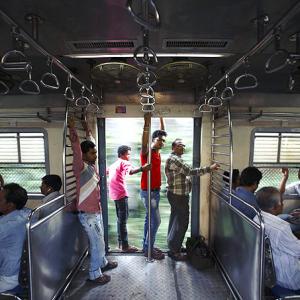