Four booked UP for making inflammatory posts on social media

Four people have been booked for making objectionable and inflammatory posts on social media sites, officials said on Friday. 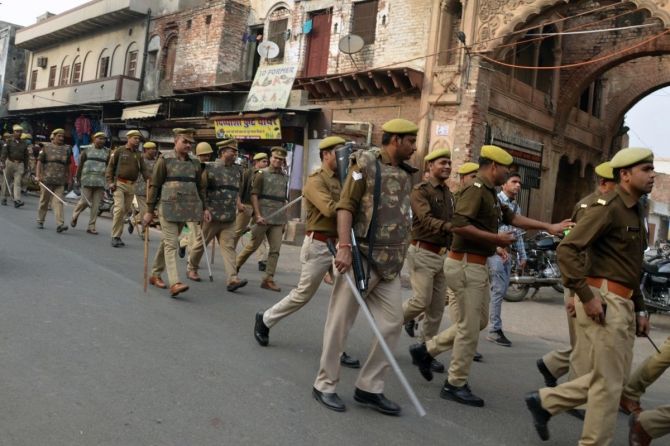 IMAGE: Police patrol the streets of Mathura city after the imposition of Section 144 of CrPC as Akhil Bharat Hindu Mahasabha announced to install an idol of Lord Krishna in the Shahi Idgah mosque on the anniversary of Babri Masjid demolition, November 30, 2021. Photograph: ANI Photo

While two FIRs have been registered at the Govind Nagar police station, the other FIRs are at the Kotwali police station, senior superintendent of police Gaurav Grover said.

Four social media account holders have posted objectionable and inflammatory content, he said, adding that people were told not to post such material in view of December 6.

It was on December 6, 1992, that the Babri Masjid in Ayodhya was demolished at the site of a temple-mosque dispute.

The SSP said that action against the four has been taken under Section 67 of the Information Technology Act.

The administration through surveillance is keeping a close watch on social media sites, the officials said.

Under heavy police arrangement, the Friday namaz was offered at the Shahi Masjid Idgah in Mathura they said.

“The namaz was offered in a congenial environment,” SSP Grover said.

He said entry into the Idgah was granted on the basis of Aadhaar card.

“I am happy that there is no change in cordial and affectionate environment in Mathura,” the senior official said.

To control any untoward incident, district magistrate Navneet Singh Chahal and SSP Grover stationed themselves at the Deeg Gate police outpost, which is very close to the Idgah.

Narrating the details of force to be deployed, the officials said, five additional SPs, 14 Deputy-SPs, 40 inspectors, 1400 head constables and constables, 10 companies of PAC and six of RAF are being deployed from Saturday evening.

As a precautionary measure, the Railways has suspended the Rail bus operation between Mathura and Vrindavan for four days. 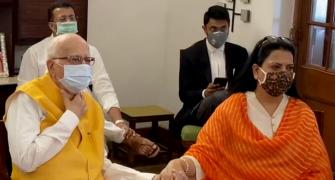 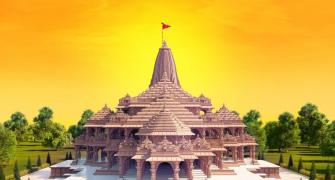 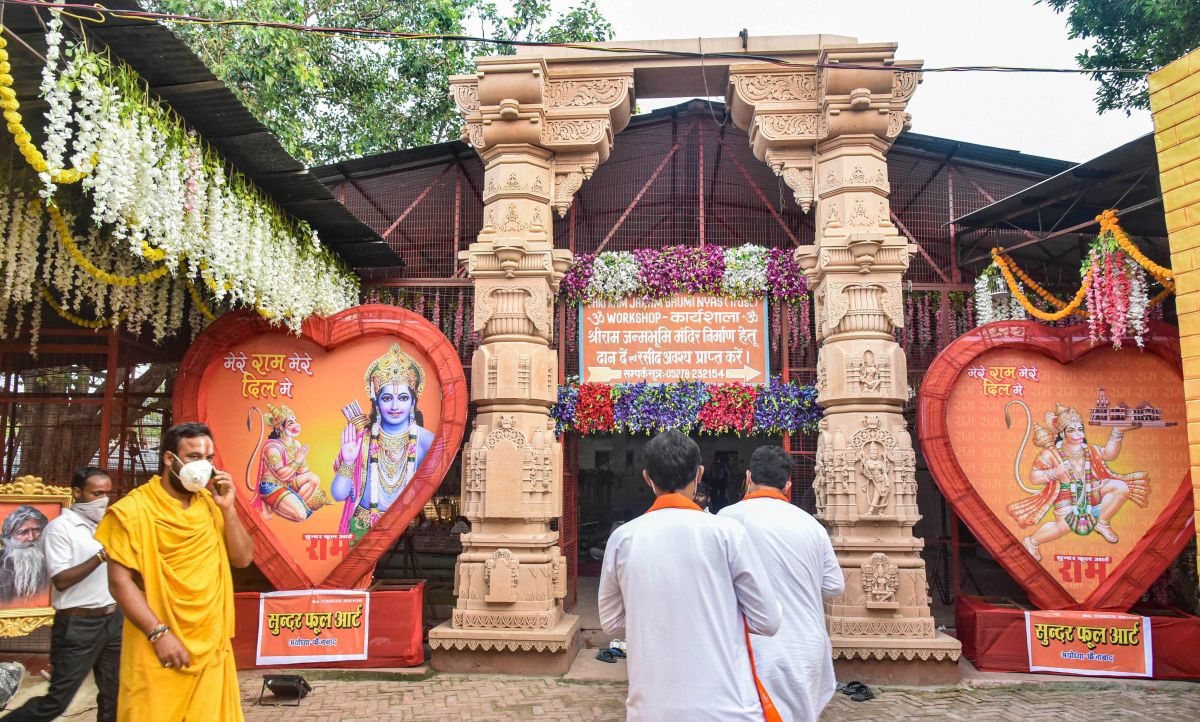