Former prime minister Manmohan Singh, who was admitted to the All India Institute of Medical Sciences in New Delhi after suffering reaction to a new medication, was discharged on Tuesday. Singh was shifted to a private ward in the Cardio-Neuro tower on Monday night. He was also tested for COVID-19 and his results had come out negative, the sources said.

The Congress leader was admitted to the hospital on Sunday evening after he complained of uneasiness.

The sources said that Singh had developed a reaction to a new medication and was admitted to AIIMS for observation and investigation.

Singh is currently a Member of Rajya Sabha from Rajasthan. He was the prime minister between 2004 and 2014.

In 2009, Singh underwent a successful coronary bypass surgery at the AIIMS. 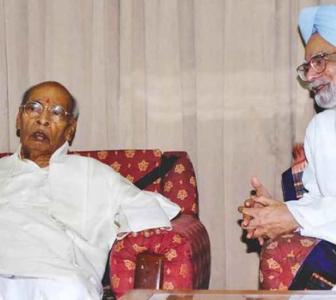