Women were frisked by female Central Reserve Police Force constables in Srinagar's Lal Chowk area, a first of its kind exercise in last 30 years, in the wake of civilian killings in Kashmir.

The CRPF women checked the bags of female folk passing through the city centre Lal Chowk.

While there was no resistance, some women expressed resentment, saying the exercise could have been done away from the public glare.

"Women carry many things which they keep private. The CRPF women should have erected a makeshift cubicle so that privacy was maintained," Fareeda, a woman from Soura, said.

She said she had no issues with the frisking but the manner in which it was done.

The frisking of women folk has not been done before in Kashmir and is being undertaken following a spate of civilian killings in which non-local labourers have been targeted over the last few days. 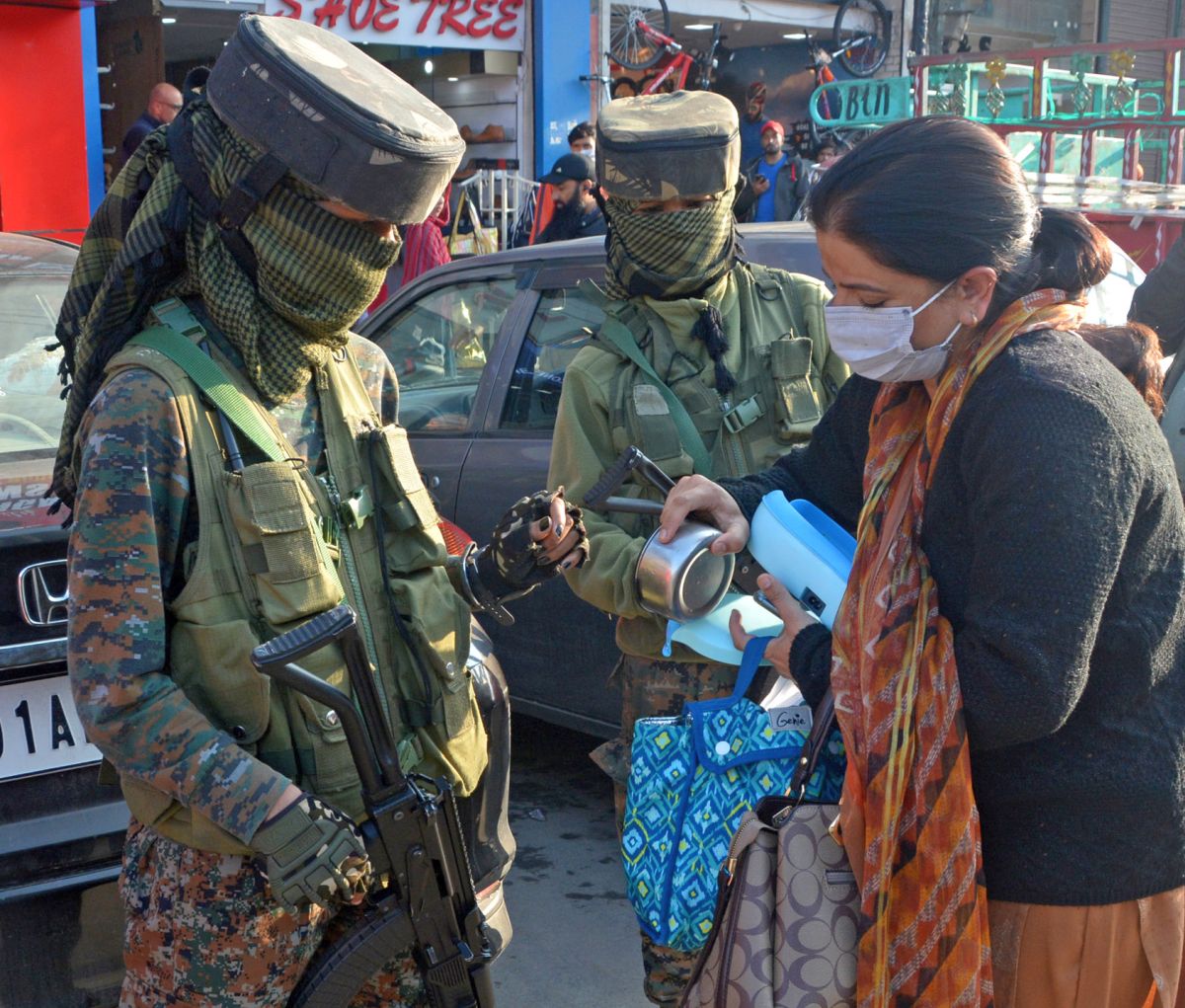 Women security personnel frisk a pedestrian during a surprise checking in Srinagar. All Photographs: Umar Ganie for Rediff.com 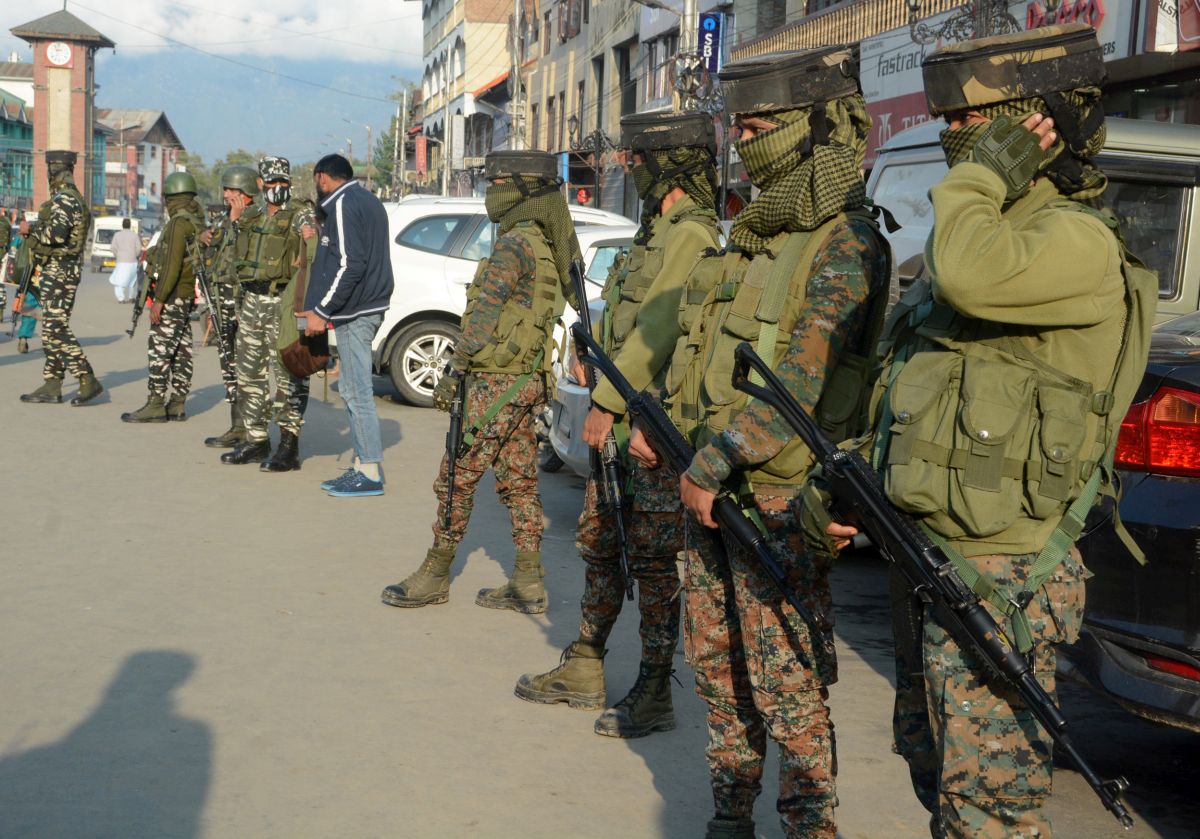 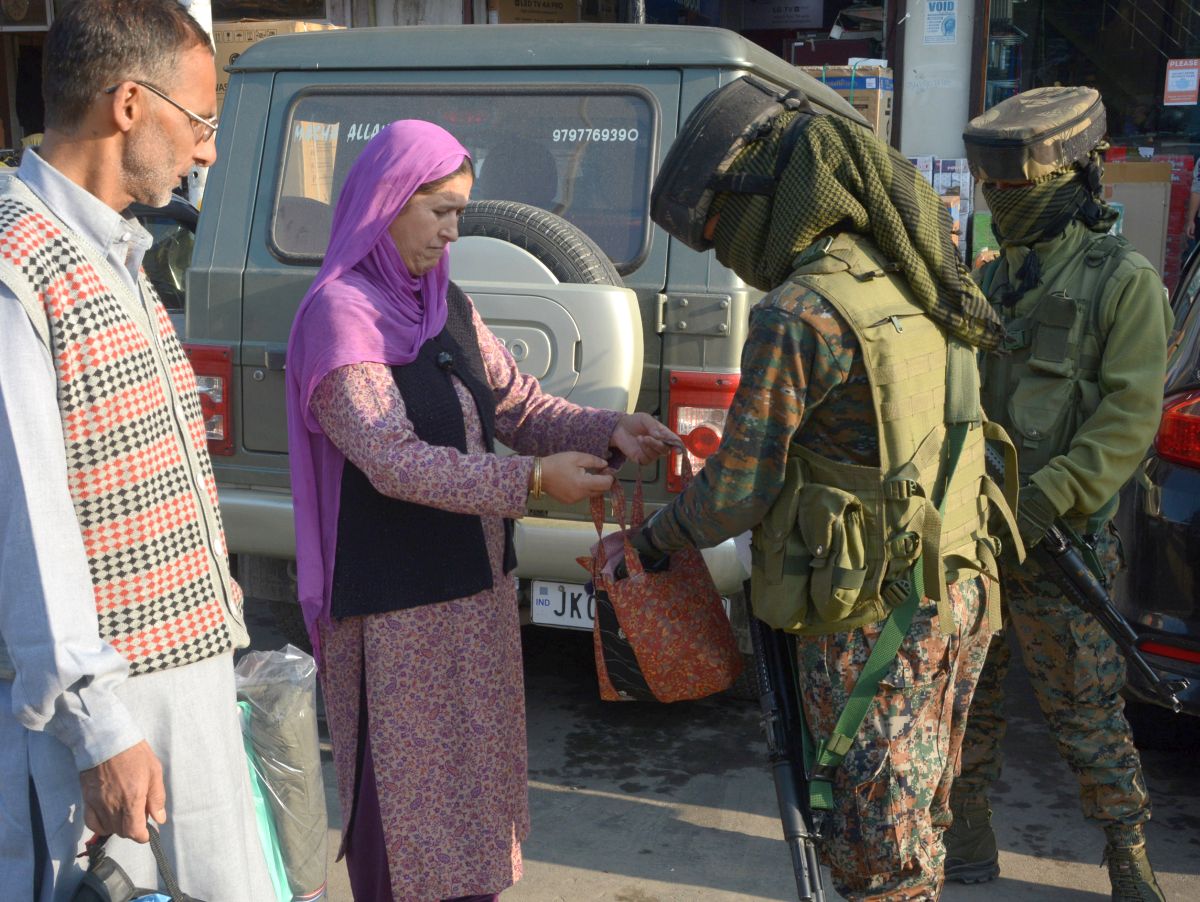 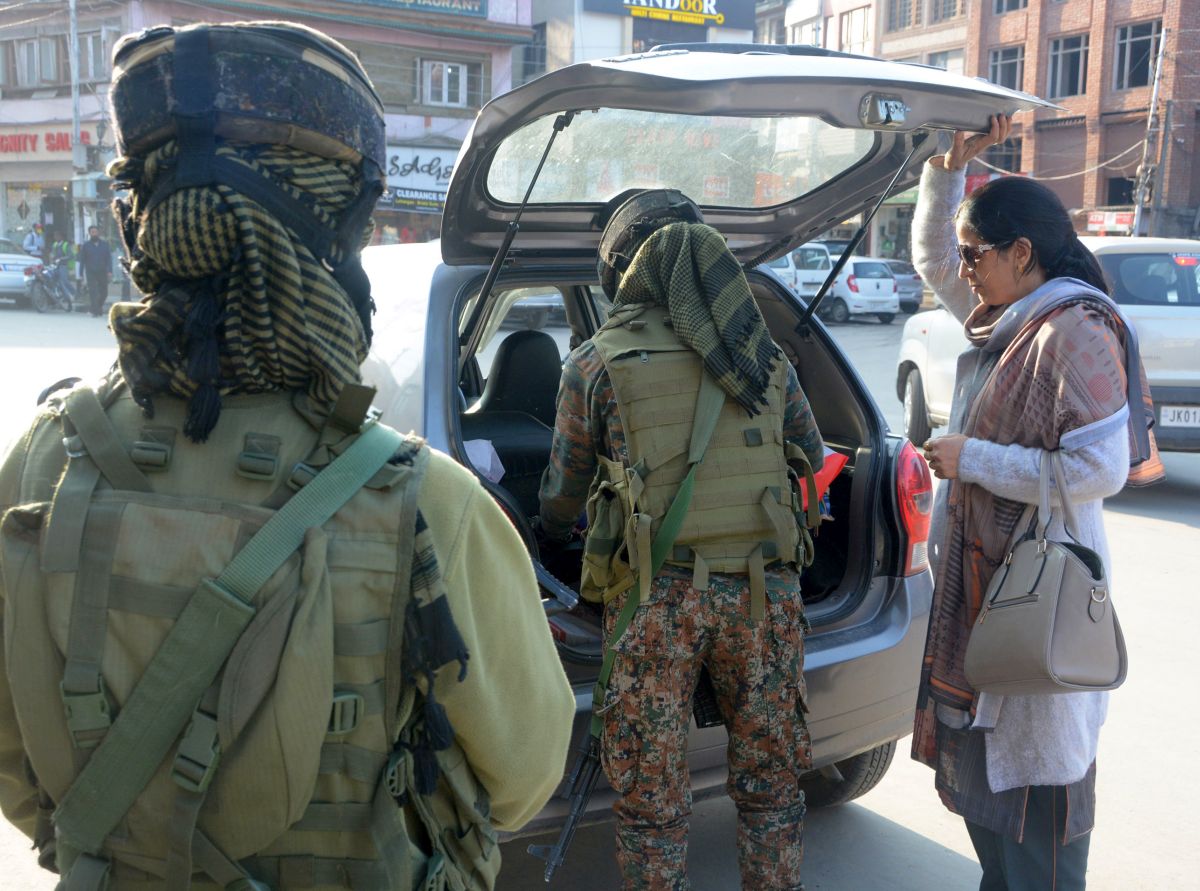 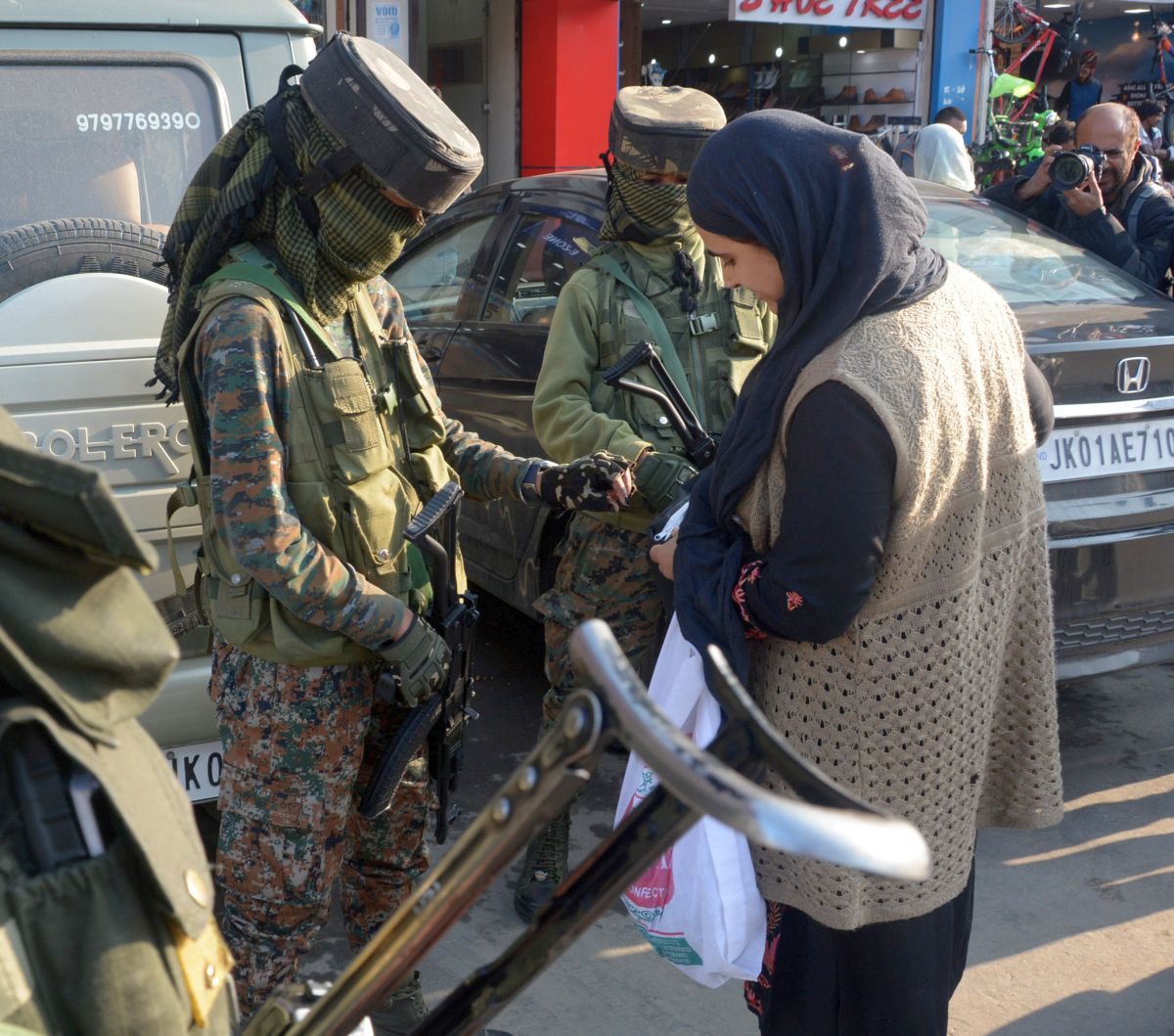 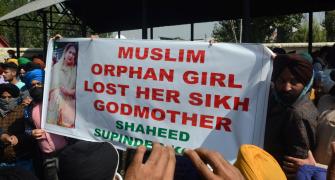 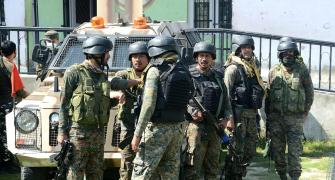 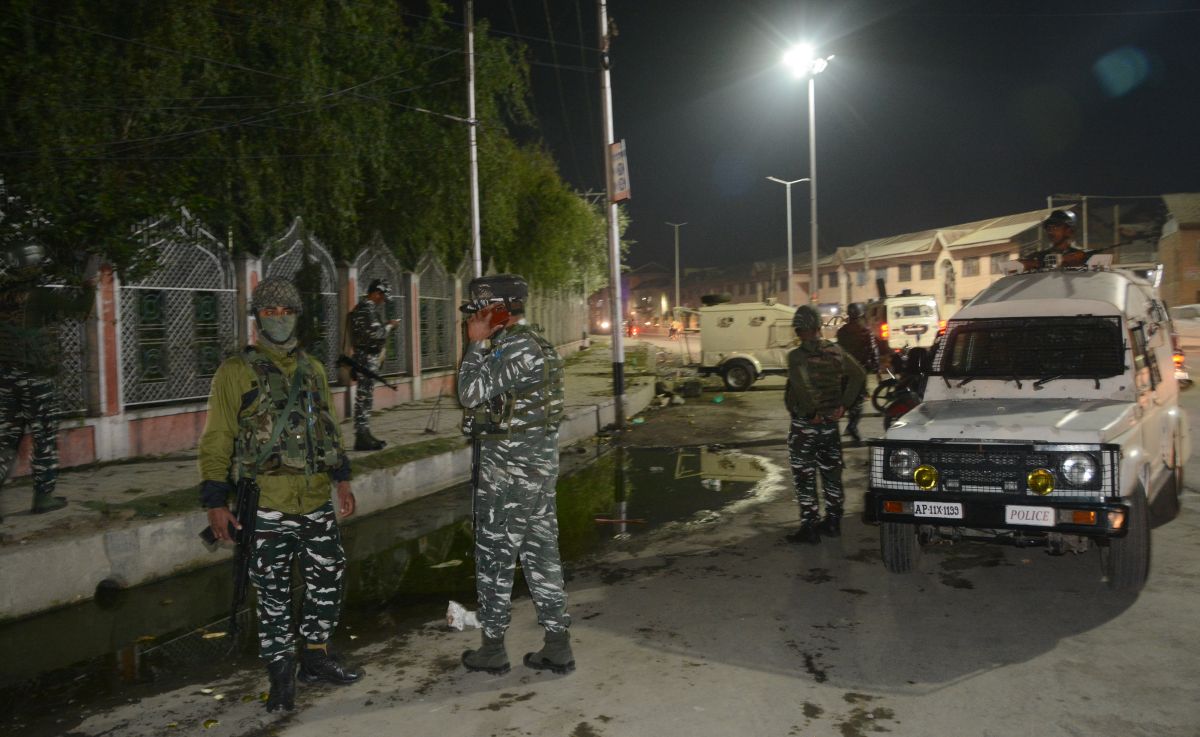