Self-styled godman Nityananda on Thursday moved an application before the Karnataka high court praying for prosecuting his former disciple K Lenin, accusing him of filing a "false" complaint that he had indulged in sleaze activities.

Nityananda, facing rape and other criminal charges filed against him based on Lenin's complaint, sought a direction to the police to file an FIR against Lenin for providing them with "false" information.

The self-styled godman was recently released on bail after 53 days of judicial custody. Lenin had claimed to have shot the video footage, aired by TV channels, purportedly showing Nityananda in a compromising position with an actress.

In his petition, Nityananda submitted that the conduct of Lenin was an offence under section 182 of the Indian Penal Code.

"He has provided false information to police investigators which he knows and believes is false and intends to cause injury and annoyance to the petitioner. He, therefore deserves to be prosecuted for the wrong done by him to the judicial system in general and the petitioner in particular," he said.

"These actions, therefore need to be dealt with appropriate prosecution by the state authorities," he said.

Claiming that the CD was "nothing but a fabrication done by Lenin with the help of his known and unknown accomplices", Nityananda said Lenin "had recorded the alleged scene and telecast it on March 3, 2010 with the deliberate and malicious intention of outraging the religious feelings of the Hindus, in the world at large and the class of citizens who follow the religious sect initiated by the petitioner."

The prosecution has overlooked this aspect and was carried away by media publicity and did not take any action to "arrest the outrage" at the initial stage itself, by invoking powers under the Code of Criminal Procedure, he contended.

Nityananda argued that the registration of case under section 295 (A) of IPC (deliberate and malicious acts, intended to outrage religious feelings of any class) against him, his arrest "without preliminary inquiry" and continued incarceration was "nothing but an abuse of the process of law, violating the Fundamental Guarantees of Article 21."

After hearing the submission by counsel for the petitioner, Justice Arali Nagaraj adjourned the hearing to July 15 and directed the Investigating Officer K N Yogappa of the CID Police to be present with all the material pertaining to the case. 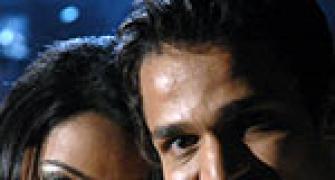