By N Ganesh
February 01, 2011 10:59 IST
The much publicised Unique Identification number may not be as infallible as it is touted to be. Though Aadhaar -- the implementation programme of the UID -- records both the biometric and iris scan data of the individual, it is solely dependent on biometrics for application. The government aims to have biometric authentication readers at ration shops to ensure that only eligible candidates get access to food subsidy and other benefits.

In a demonstration, an electronic systems expert specialising in biometrics exposed the gaping hole in the assumption that a fingerprint is a secure way to identify individuals. It would cost less than a dollar -- Rs 30 to be exact -- to fool the system, according to J T D'souza, managing director of Sparc Systems Limited.

D'souza demonstrated the ineffectiveness of the biometric system with a stripped down biometric authentication reader in which he had fed his fingerprint.

When he presses his fingers on the panel, the blue LED lights acknowledges his print. He then places his thumb and a red light indicates that it is not being recognised. He then places a thin layer of skin-like substance which has the impression of his wife's fingerprint on his hand and moistens it with his breath. He places the finger print impression on his thumb and presses it against the glass window of the reader.

Initially, nothing happens. D'souza repeats the moistening process and places his finger with the fingerprint impression of his wife again on the reader. The biometrics reader accepts it and flashes a blue light.

"According to this machine, my wife is supposed to be here. It costs me only Rs 30 whereas making a finger print impression without the knowledge of the person is relatively expensive. It costs Rs 250," said D'souza.

For the least expensive version, besides a consenting individual, all one needs is wax, a small dish and a small tube of fevicol.

He explained that finger prints from the individuals are stored as images, from which the coordinates of several points on the ridges and valleys of the finger are recorded. "Each attempt to record the fingerprint on the scanner may yield different images owing to the amount of pressure applied and the moisture. Moreover, ridges and valleys on the fingerprint may be altered by years of hard labour. Incidentally, poor labourers have been touted as primary beneficiaries of UID by the government," said D'souza.

Authorities in South Korea, which has the most extensive use of the biometric system, noted that in Seoul, the fingerprint of each person underwent progressive deterioration over a period of 1.5 years for over 50 percent of the individuals sampled, said D'souza.

"Even forensic science experts can't confirm 100 per cent that two fingerprints are from the same person. They only give the likelihood of the two prints being similar," said D'souza.

A study on the fingerprint database of the Federal Bureau of Investigation revealed that a single query may throw up possible matches ranging between 5 and 50000.

"Biometrics is effective in a controlled environment, where there are limited numbers of people. However, it is useless in an undefined situation such as the one proposed by UID where the number of people is truly overwhelming. Contrary to popular belief, fingerprints are neither unique and nor does it remain the same for an individual over a period of time," said D'souza.

Video: D'souza demonstrates how the UID biometrics can be cheated. Video shot by Afsar Dayatar 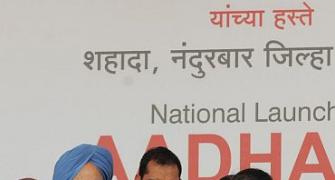 The first UID holders and their stories 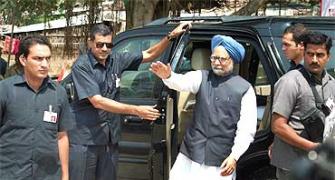 Why Indians should fear the UID

Why the UID number project must be scrapped