Hundreds of villages have been inundated and thousands of people stranded in Bihar after heavy rains lashed the state on Sunday. Water levels in Sone and Ganga rivers rose to alarming proportions, following the sudden release of 9.58 lakh cusecs of water from Bansagar dam in Madhya Pradesh, Rihand dam in Uttar Pradesh and Muhammadganj dam in Jharkhand.

Officials of the state disaster management department on Monday said that hundreds of villages in Rohtas district were inundated while thousands of people had been marooned in Arwal, Bhojpur, Aurangabad and Patna districts.

The government has sounded an alert over the flood situation in Bhagalpur, Khagaria, Saran, Vaishali, Samastipur and Katihar districts, which are located along the Ganga.

Standing crop across thousands of acres of land has suffered extensive damage due to overflowing rivers.

Flood waters have also damaged several roads, including national highways, across the state.

The flood situation in the state has worsened due to heavy discharge of water into Sone river from Bansagar dam in MP, Rihand dam in UP and Muhammadganj dam in Jharkhand, Bihar Water Resources Minister Vijay Kumar Choudhary told rediff.com.

"It is unfortunate that they released the water, causing loss of life and property due to floods in the state, without informing the state government," he said.

He informed that the Bihar government has lodged a strong protest with the state governments of MP, UP and Jharkhand over the issue.

Meanwhile, a team of the National Disaster Response Force rescued more than 100 marooned villagers in Rohtas district. The NDRF has been having a tough time convincing the stranded villagers to leave behind their belongings, cattle stock etc.

Chief Minister Nitish Kumar has directed officials to speed up relief and rescue operations in the flood-affected districts. 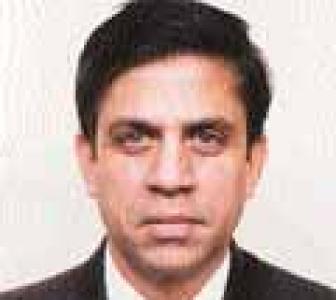 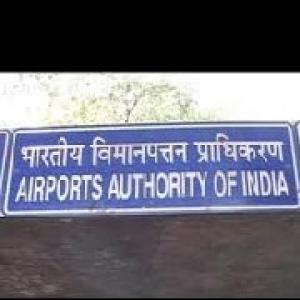 AAI asks for exemption from Cabinet on lease permission