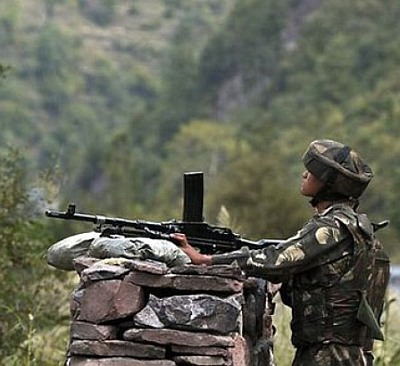 Hostilities at the border escalated on Saturday with fresh ceasefire violations by Pakistan in Rajouri and Poonch sectors on Eid leaving five civilians including three women injured, in six incidents in the last four days.

"Even as the people were celebrating Eid, Pakistan troops resorted to the use of heavy fire targeting two villages on our side," the officer said.

All the injured have been evacuated and shifted to the district hospital Poonch for treatment, he said. He said that the Indian army retaliated but "We did not increase the calibre of the fire as people across the border are also celebrating Eid today."

Amid the prevailing tension, Pakistani Rangers refused to accept sweets offered by BSF, leaving a bitter note on the occasion of Eid.

The Pakistan army opened "unprovoked firing" in two separate incidents in a span of 12 hours, targeting several Indian positions in Naushera sector of Rajouri district and the two villages in Poonch sector, the officer said.

Indian positions in Naushera sector were targeted at 9:25 on Friday night and the firing lasted till 11:45 PM, a defence spokesman said today. "Our troops effectively retaliated to the unprovoked firing from across the border," he said, adding no loss of life or injury was reported from the Indian side.

In the second incident at Poonch, Pakistan army again resorted to "unprovoked firing" on the Indian positions on Saturday afternoon at around 1:50 pm and the intermittent firing continued for several hours during which the Indian side effectively retaliated.

Five persons including three women were injured in the two villages in the firing from across the border, he said. Six ceasefire violations by Pakistani troops have taken place since July 15 leaving one killed and 16 injured.

In July, there have been 11 ceasefire violations by the Pakistan army.

A woman was killed and six others, including two Border Security Force jawans, were injured on July 15 in firing and mortar shelling in Jammu district by Pakistan Rangers. In fresh attacks the next day, five more persons were injured.

On July 9, Pakistani troops had fired at a forward border post in North Kashmir killing a BSF jawan. On July 5, a BSF jawan was killed in Pakistani firing along LoC in Nougam sector in KashmirValley.

In a reflection of the heightened tension, Pakistani Rangers declined sweets offered by the BSF on Eid.

Border guarding forces of the two countries have been following a tradition of exchanging sweets on festivals at the International Border in Jammu and along the Attari-Wagah border in Amritsar in Punjab.

BSF Deputy Inspector General in Amritsar, M F Farooqui, told reporters that their gesture of giving sweets on the occasion of Eid was not reciprocated from the other side along the Attari-Wagah border.

"We give sweets on Eid every time. The Rangers did not accept. We always want to maintain peace and tranquility on the border," he said.

However, the BSF did not offer any sweets to their counterparts along the IB.

A senior BSF commander at its headquarters in Delhi told PTI that the force did not offer Eid sweets along the IB to Rangers as a mark of protest against the ongoing spate of ceasefire violations.

In the wake of repeated ceasefire violations by Pakistani Rangers, India has warned Pakistan of "effective and forceful" response to unprovoked firing and cross-border terrorism. 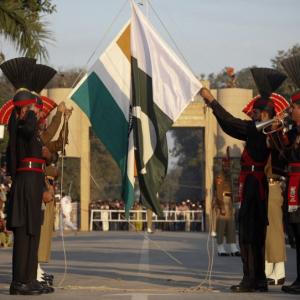 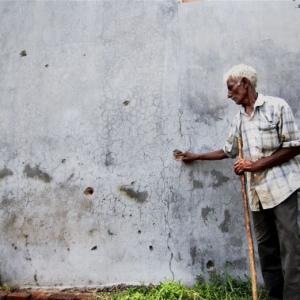