However, Group Captain Narendra K Dahiya, leader of the team, could not make the final attempt. This is the second group from the IAF expedition to scale the Mt Everest.

On May 21, 27-year-old Flight Lieutenant Nivedita Chaudhary became the first woman from the IAF to scale the world's tallest peak. She reached the peak along with her co-climber Corporal Raju Sindhu.

All the women climbers in the IAF team are first timers to the Everest. 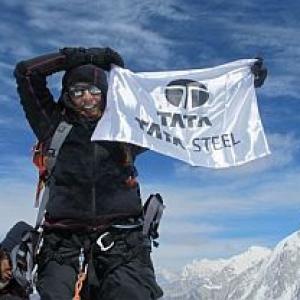