Ajit Jogi, an IAS officer-turned-politician who went on to become the first chief minister of Chhattisgarh in 2000, died on Friday at a Raipur hospital where he was being treated for the last 20 days, doctors said.

Jogi, 74, who had slipped into coma, suffered a cardiac arrest in the afternoon and could not be revived, they said.

He is survived by his wife Renu Jogi, the MLA from Kota constituency, and son Amit, a former MLA.

Chief Minister Bhupesh Baghel declared a three-day mourning in the state as a mark of respect to the departed leader, whose last rites will take place on Saturday at his native place Gaurela.

Jogi was admitted at Shree Narayana Hospital on May 9 after he suffered respiratory and cardiac arrests after a seed of sweet tamarind got stuck in his windpipe, Medical Director of the hospital, Dr Sunil Khemka, told PTI.

"Since then, he had slipped into coma. At around 1.30 pm on Friday he suffered another cardiac arrest following which doctors made efforts to revive him, but failed. He breathed his last at around 3.30 pm," Dr Khemka said.

Jogi, a former Congress leader, was the incumbent MLA from his traditional Marwahi seat.

A bureaucrat-turned politician, Jogi, then in the Congress, had served as the first chief minister of Chhattisgarh, which came into existence in November 2000.

He parted ways with the Congress on a bitter note in 2016 after he and his son got embroiled in a controversy over alleged fixing of the assembly by-election held for the Antagarh seat in Kanker district in 2014.

Jogi, who was wheelchair-bound since a road accident in 2004, subsequently formed his own outfit, the Janata Congress Chhattisgarh (J) - which is now headed by his son Amit Jogi.

A mass leader, Jogi remained an influential but controversial figure in Chhattisgarh though his regional party had limited appeal in the tribal-dominated state which has a bipolar politics with the Congress and the BJP forming the two poles.

Leaders across the political divide condoled the death of Jogi and paid rich tributes to him.

Baghel tweeted, the death of the first chief minister of state is an irreparable political loss to the politics. He will remain alive in the memories of the people of state.

Baghel also declared a three-day state mourning from Friday during which the national flag will fly at half-mast.

The final rites of Jogi will be held with full state honour, Baghel said.

In this moment of pain, I am speechless. May god rest his soul in peace and give strength to all of us. His final rites will be held in Gaurela (Gaurela-Pendra-Marwahi district), his birthplace, tomorrow, Amit Jogi added.

'We are all saddened by the untimely demise of former Chief Minister of Chhattisgarh Mr Ajit Jogi. He attained the highest position in Indian politics and social life. His loss is irreparable loss for all of us,' Leader of Opposition Dharamlal Kaushik of the BJP tweeted. 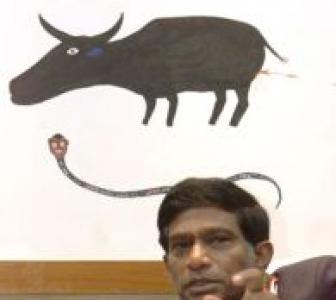 How BJP built its base in Chhattisgarh 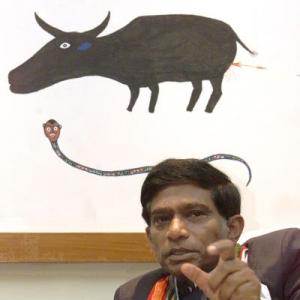