1st C-17 Globemaster III given to IAF for flight test

The first of the 10 C-17 strategic transport aircraft, manufactured for the Indian Air Force, was delivered by Boeing for a test flight at a US Air Force base in California on Wednesday.

India has placed orders for 10 C-17s Globemaster III airlifters, of which five would be delivered this year and rest five in 2014. The flight test programme would be carried out at the Edwards Air Force Base in Valifornia.

"The C-17 met the stipulated airlift requirements of the Indian Air Force when it flew field evaluation trials in India during June 2010," said Air Commodore Sanjay Nimesh, Air Attache at the Embassy of India.

"It was exciting to see the C-17 fly again, this time with Indian Air Force markings, as the airlifter completed its first-flight milestone on January 11. We look forward to the day that the first IAF C-17 flies over India," Commodore Nimesh said.

"We value our continued partnership with India and the US government and will provide dedicated support as India's first C-17 enters flight testing," he said.

It was in June 2011 that India signed an agreement with the US to acquire 10 C-17 airlifters, making India the largest C-17 customer outside the United States.

Boeing has delivered 250 C-17s worldwide, including 218 to the US Air Force active duty, Guard and Reserve units.

A total of 32 C-17s have been delivered to Australia, Canada, India, Qatar, the United Arab Emirates, the United Kingdom and the 12-member Strategic Airlift Capability initiative of NATO and Partnership for Peace nations.

The aircraft is powered by four-engines, has a rear-loading ramp and can take a payload as much as 164,900 pounds and boasts of a take-off from a 7,000-foot airfield and land on a small unprepared airfield of 3,000 feet or less.

Used by 18 other countries like Australia, Canada and the UK, Globemaster can fly 2,400 nautical miles and can be refuelled mid-air.

Source: PTI© Copyright 2021 PTI. All rights reserved. Republication or redistribution of PTI content, including by framing or similar means, is expressly prohibited without the prior written consent.
Related News: C-17, Indian Air Force, Embassy of India, US Air Force, Boeing
Print this article 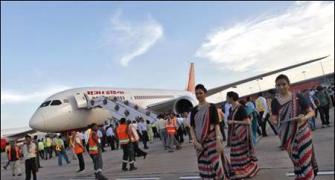 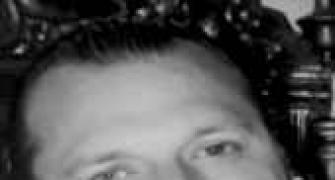 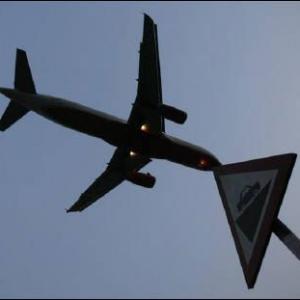