The Jamia Millia Islamia student who was injured in a firing outside the university during an anti-Citizenship Amendment Act protest dubbed the incident "a result of hyper nationalism". 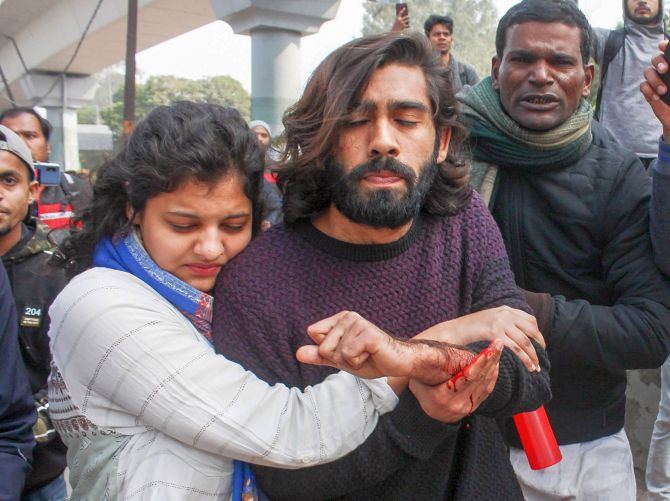 In his Facebook post, Shadab Farooq said what happened on Thursday can be termed as "a result of hyper nationalism".

"If you want to make it a protest, make it one. Raise black flags, raise red flags," he stated.

He further stated that the Delhi Police alone was not to be blamed for the incident.

The Jamia administration and the vice chancellor should also be blamed for it, he said.

In his post, Farooq, a mass communication student, narrated the incident and stated that the Jamia Coordination Committee had called for a Gandhi March from the university to the Rajghat on January 30.

"I was about to join the protest, waiting for the crowd to march forward when I saw a random person holding a pistol in his hands walking towards Holy Family (Hospital). I saw some of my friends standing there, I immediately ran towards him to calm him down," he stated in the post.

"People were asking the police to stop him. They were continuously shouting that he's holding a pistol but the police didn't listen. Instead, they kept recording videos. I kept saying put the gun down, I said it twice. He shot me on my left forearm when I said it for the third time," he added.

Farooq said what he did wasn't an act of heroism as he did what he felt was right.

"I am calling for an action because I am hurt. If the administration still doesn't take action on it and if it fails to reach out to its students, then tomorrow there will be another Shadab standing in front of a bullet while the police keep their hands in their pockets and record videos," he said.

"And I'll be back to college real soon. The fight is long, but we will fight. We will win," he added. 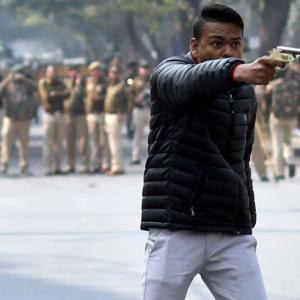 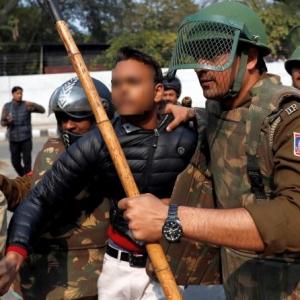