FBI mole says 9/11 ringleader could have been stopped

Had the Federal Bureau of Investigation paid heed to the words of Elie Assaad, an undercover agent for the agency whose name has been changed, the 9/11 attacks may have never happened.

This is what Assaad has claimed to a US television news channel, eight years after the ghastly terror attack on the Twin Towers in New York City that killed at least 3,000 people and injured over 6,000 others, reports ABCNews.com.

In 2001, Assaad had allegedly spotted Mohammed Atta, who is now known as the 'ringleader' behind the 9/11 attacks, at a mosque near Miami and became suspicious of him immediately.

Atta had been accompanied by another man -- whom Assaad later identified as Adnan Shukrujuman, an Al Qaeda fugitive who now has a $5 million US reward on his head.

"There was something wrong with these guys," said the 36-year-old who hails from Lebanon, who had been sent by the Federal Bureau of Investigation to spy on visitors to the mosque.

However, when Assaad had conveyed his suspicions to the FBI, he was asked to stay away" and instead keep a watch on "wannabe terrorists", he said.

Assaad claimed that Shukrujuman had invited him to his house; however, he did not go under FBI's instructions.

The channel said the FBI had refused comment, but had released a statement saying: 'The 9/11 investigation, the most extensive ever conducted by the FBI, has been reviewed in its totality by the 9/11

Commission, Congress and others. The claims made in the news report and the factual conclusions contained in the story are not supported by the evidence,' not specifying which claims and conclusions it referred to.

However, Assaad has maintained that what he said was the truth.

Assaad said he was a "million percent positive" that the attacks could have been prevented if the FBI had followed Atta and Shukrujuman.

Considering that, Assaad said, Atta and his men had become were suspicious of him and the FBI sent him after two aspiring terrorists  an easier target and who were eventually convicted and sentenced to imprisonment.

"I was right, I was a hundred percent right," said Assaad to the channel.

After the attacks, the FBI asked him if he could identify the attackers, and Assaad said he was then "very upset, angry" and broke down.

"I curse on everybody," Assaad told the channel. "I destroyed half of my furniture. Uh, I went crazy."

Assaad became an operative for the FBI in 1996 and has since worked on stings in at least US states and other countries. His reputation as an agent is supported by praises from the US government who has called him "invaluable" to the safety of the US. 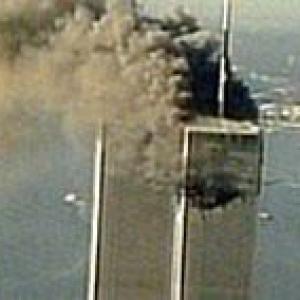