The 2020 Nobel Peace Prize has been awarded to the United Nations World Food Programme for its efforts to combat hunger.

The Norwegian Nobel Committee said the WFP had acted "as a driving force in efforts to prevent the use of hunger as a weapon of war and conflict".

Here's what you need to know about the Rome-based organisation: IMAGE: According to its own website, on any given day, WFP has 5,600 trucks, 30 ships and nearly 100 planes on the move, delivering food and other assistance to those in most need. Photograph: Reuters

-- The World Food Programme is the leading humanitarian organisation saving lives and changing lives, delivering food assistance in emergencies and working with communities to improve nutrition and build
resilience

-- The WFP was established in 1963 after the 1960 Food and Agriculture Organization Conference, when George McGovern, director of the US Food for Peace Programmes, proposed establishing a multilateral food aid programme. The WFP was formally established in 1963 by the FAO and the United Nations General Assembly on a three-year experimental basis

-- In 2019, WFP provided 4.2 million metric tonnes of food and $2.1 billion of cash and vouchers. It also provided school meals to more than 17.3 million children in 50 countries, often in the hardest-to-reach areas

-- WFP is funded entirely by voluntary donations, most of which comes from governments. It raised $8 billion in 2019

-- WFP has more than 17,000 staff worldwide of whom over 90 per cent are based in the countries where the agency provides assistance

-- WFP delivered 2 million tonnes of food during Ethiopia’s 1984 famine. It was present in Sudan, Rwanda, and in Kosovo, then later in Asia after the 2004 tsunami, and Haiti’s 2010 earthquake. In the Democratic Republic of the Congo, which is suffering the second largest hunger crisis in the world, it assisted 6.9 million people in 2019, as well as helping fight a deadly Ebola virus outbreak. It helps 4.5 million people in war-torn Syria and 300,000 acutely malnourished children in conflict-struck Nigeria. In Yemen, it tries to feed 13 million people each month 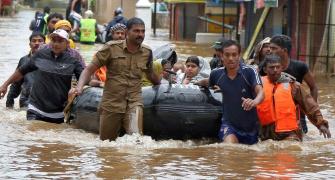 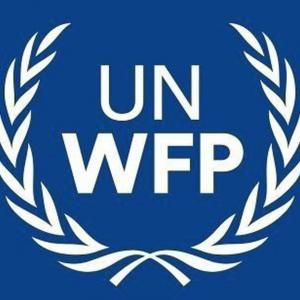