Suspected Indian Mujahideen operative Fasih Mahmood, who was deported from Saudi Arabia last year, was on Saturday chargesheeted for terror acts in connection with the 2010 Jama Masjid attack.

Fasih, one of the founding members of the banned outfit, has been charged under the Indian Penal Code for forgery and possessing fake currency and also under the Explosive Substances Act and the Unlawful Activities Prevention Act.

Abu Jundal, 26/11 key handler and 13 other suspected IM men have already been chargesheeted in the case.

Fasih has been described as a "motivator" for driving the youth to join the terror outfit Indian Mujahideen, which has been instrumental in carrying out series of terror activities across the country since 2008.

"During his interrogation, Fasih disclosed that he was one of the founding members of IM and was involved in its various activities," police said in the chargesheet filed in the court of Additional Sessions Judge Asha Menon.

The chargesheet also names 18 suspects which include the Riyaz and Iqbal Bhatkal (IM founders) and Ahmed Siddibappa (chief of IM in India).

The police has said in the chargesheet that from May 2007 to October 2011, Fasih had come to India from Saudi Arabia five times. During his stay in India, on May 13, 2008, Jaipur blasts took place. When he came to the country from February to April 2010, German Bakery blast was executed on February 13, 2010, followed by Chinnaswamy stadium blast on April 17, 2010 and then the Jama Masjid strikes on September 19, 2010.

The police also said as Fasih was tasked as a motivator to various Indian members of IM with whom he was in touch through e-mail and web chatting.

Thirty-year-old Fasih has also disclosed that the Bhatkal brothers had informed him that they have developed good contacts in Pakistan and were receiving generous support from many people from across the border who were well placed in government there, police said.

During interrogation, he said while he was pursuing engineering course in Anjuman college, Bhatkal, Karnataka, in October-November 2002, he came in contact with Maulana Sheesh who introduced him to Ahmed Siddibappa, police said in the charge sheet.

Fasih, a native of Bihar, also told the police that initially Ahmed had general discussions with him but as their friendship developed, he started talking about atrocities being meted out to Muslims across the world. "He was deeply influenced by Ahmed's thoughts and after some time Ahmed introduced him to Riyaz and Iqbal Bhatkal, then known members of banned organisation SIMI, and remained associated with them during period of formation of IM, the chargesheet said.

It said after his engineering course, Fasih went to Saudi Arabia and while he was working there, he used to meet Ahmed frequently. Bhatkal brothers had also started visiting Saudi Arabia and they used to discuss ways to carry out jihad in India.

After the Jaipur blasts in 2008, the members of the module regrouped from February 2010 to April 2010 to carry out strikes in Delhi but due to logistical problems, the target was changed to Pune and Bengaluru, it said.

Since Fasih's career as an engineer in Saudi Arabia was not to be jeopardised, he was given the task to motivate new recruits to carry on jihad by citing holy scriptures.

The chargesheet said that when Fasih's marriage was fixed in India in September 2010, he met his colleagues to plan Jama Masjid strikes to dissuade Indian government from holding the Commonwealth Games.

Fasih had not invited his associates to his marriage keeping in mind that the police might be keeping a watch in the wake of Jama Masjid blast. He got information about the arrest of alleged IM man Qateel Siddiqui who was also an accused in Jama Masjid blast case and was advised to return to Saudi Arabia.

Police said Fasih knew how to access the Internet using ghost or proxy servers, which can only be done by someone technically proficient. His arrest followed the nabbing of alleged IM members -- Gauhar Aziz, Gayur Ahmad, Mohd Adil, Abdur Rahman, Mohd Irshad Khan, Aftab Alam, Tarique Anjum, Basir Hasan, Mohd Kafil, Asadullah Rehman, Mohd Shakeel, Kamal, Kafil during late 2011 to early 2012. It was during the police custody that accused Gauhar Aziz disclosed that his cousin Fasih Mahmood is one of the founding members of IM and is a close associate of Imran (chief of IM in India) and Bhatkal brothers. 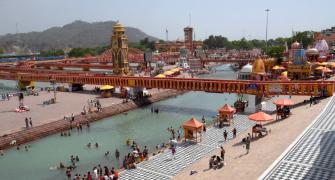