Supporting Omar Abdullah's demand for withdrawal of Armed Forces Special Powers Act from some areas of Jammu and Kashmir, Union Minister Farooq Abdullah on Thursday said the chief minister is "the boss" in the state and the Centre should take his views on the controversial Act.

The New and Renewable Energy minister said the security situation in the state has improved and the Act must go from some areas there.

"I feel that time has come when the state is on the mend and from some of the areas there, the AFSPA should go because people feel that things are getting normal," he said when asked about his views on the issue.

"As chief minister, I am the boss. I get the inputs from all the agencies. Today, if the CM feels that conditions are better and our relations with Pakistan are improving, then I feel that we should take his view also with courage," the former J-K chief minister said.

Omar is demanding revocation of the AFSPA from certain parts of the state, a move which is opposed by the Army saying it will handicap its ability to operate there.

Abdullah said he and his family "will die but not do anything which will hurt the interest of the country". He said Omar met all Central ministers in-charge of security along with Army chief and they will take a decision on the issue.

He said similar objections were raised against removal of 40 bunkers from the Srinagar city but the situation has been "fantastic" in the state which has seen "excellent" tourist season this year.

Abdullah said India's relations with Pakistan have also improved after the meeting between the two prime ministers but cautioned that before taking any step, New Delhi should be careful as Army was "still in command" in Islamabad.

On the Indo-Pak ties, Abdullah said, "Our prime minister has high hopes on the issue but our defence minister is wary."

Commenting on the Unified Command Headquarters, which has been entrusted the task of taking a decision on the AFSPA issue, Abdullah said he was the one who created the  command there which was opposed "tooth and nail" by the then army chief Gen Shankar Roychowdhury.

Attacking Bharatiya Janata Party leader L K Advani's statement that army was being "demonised" in J-K, Abdullah asked, "Where was he when the National Democratic Alliance government was releasing five top  terrorists in special aircraft in Afghanistan".

Abdullah said stopping the 1948 war with Pakistan before Indian forces annexed the whole of Jammu and Kashmir was a "tragedy".

"Stopping the war before annexing entire J-K was a tragedy. We should have taken entire Northern Kashmir, Skardu, Baltistan and even Pakistan-occupied Kashmir. I think history will never forgive the leaders who took the decision to stop the war at that time," he said.

The union minister was addressing a gathering after releasing a book The Caliphate's Soldiers: The Lashkar-e-Toiba's Long Walk. On LeT, Abdullah said most of the terror groups have originated out of the western efforts in Afghanistan to uproot the erstwhile Soviet Union from there.

Abdullah said the world was passing through an "extremely dangerous" phase and if action was not taken to eliminate terror groups such as the LeT, the consequences will be more dangerous than what happened in the 9/11 attacks.

He said that these groups have been trying "to drive India out of Kashmir" but they will never be able to go with Pakistan and separatist leaders such as Syed Ali Shah Geelani "will die as Indians only".

Asked if he "shares the responsibility of alienating Kashmiri people", Abdullah said the allegations that Assembly elections in 1987 were rigged, which is considered to be the trigger for violence in J-K, was incorrect as his Ministers had also lost elections then.
Source: PTI© Copyright 2021 PTI. All rights reserved. Republication or redistribution of PTI content, including by framing or similar means, is expressly prohibited without the prior written consent.
Related News: Omar Abdullah, AFSPA, J-K, Army, Northern Kashmir
SHARE THIS STORY
Print this article 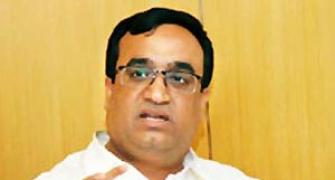 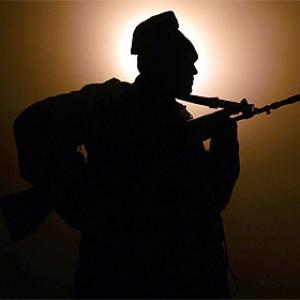 'Omar is taking a risk, but it should be taken'