In a forceful defence of the farm sector reform bills, Prime Minister Narendra Modi on Friday asserted that they have brought "freedom" to farmers and given them a "protection shield", as he accused the Opposition of standing with middlemen and "misleading" peasants by "lying" to them. IMAGE: Members of various farmer organisations on their way to stage a protest against the central government over agriculture related ordinances, in Patiala, on Thursday. Photograph: PTI Photo

With opposition parties dubbing the three bills, passed by Lok Sabha and now to be tabled in Rajya Sabha, as "anti-farmers" and the Bharatiya Janata Party ally Shiromani Akali Dal quitting his government to protest them, Modi refuted their criticism, describing these proposed laws as "historic" and stating that they will unshackle farmers by allowing them to sell their produce anywhere at a better price.

Speaking at the virtual launch of several rail projects in Bihar, Modi chose to speak at length on these bills, which have sparked protests by farmers in states like Punjab and Haryana, and sought to assuage concerns of the farming community by assuring them the government procurement of their produce will continue and so will the minimum support price.

In the 21st century, these bills are the need of the country, he said, adding that farmers will no longer remain in shackles and sell his produce wherever they want.

Launching a blistering attack on the Congress without naming the party, Modi said those who ruled the country for decades are "deceiving and misleading" farmers by spreading misleading and "lying" to them on the provisions of these bills, which seek to replace ordinances brought in by the Centre.

Those who are opposing the changes in the Agricultural Produce Market Committee Act had made similar promises in their manifesto, he said in a reference to the Congress and added that when the BJP-led National Democratic Alliance government has done it, then these people are opposing it.

"These people forget as to how much aware the country's farmers are. Farmers can see that some people do not like the opportunities being provided to them. They can see who are standing with the middlemen who pocket a big part of their earnings," the prime minister said.

These reforms will act as a "protection shield" for farmers from these middlemen between farmers and consumers, he added.

"These reforms will provide our food-providers (farmers) many more options to sell their produce. These legislations have ridded our farmers of many shackles and brought them freedom," Modi said.

He noted that everyone but farmers were allowed so far to sell their products anywhere they wanted and asserted that they can do so now across the country at a better price once.

Modi listed a number of measures, including hike in MSPs and direct cash transfer to farmers, taken by his government since it came to power first in 2014 to assert that no dispensation has done as much for farmers as the NDA has in its six years of rule at the Centre.

Lok Sabha on Thursday passed the Farmers' Produce Trade and Commerce (Promotion and Facilitation) Bill and the Farmers (Empowerment and Protection) Agreement on Price Assurance and Farm Services Bill, which seek to promote barrier-free inter-state and intra-state trade in agricultural produce, amid protests by the ruling NDA constituent Shiromani Akali Dal and the opposition.

Another bill related to the farm sector, the Essential Commodities (Amendment) Bill, was passed on Tuesday. 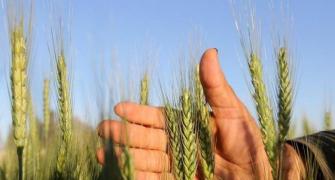