Mischievous text messages claiming that people from the north-east will be targeted in Delhi, particularly after Ramzan, have started circulating with police in the national capital on Saturday urging the community not to believe in them and stating that adequate security measures have been taken.

"Fake SMSes about north-eastern people being targeted in Delhi, particularly after Ramzan, are being circulated. Do not believe them. Situation is normal. There is no violence against people from north-east," Robin Hibu, Joint Commissioner of Police, said.

He said police have reviewed the security for north-east people with senior officials in district, Special Branch and PCR.

Delhi Police Commissioner Neeraj Kumar tweeted late Friday night, "Friends from NE please do not go by rumours being spread. They are rumours and only rumours. Please discard them. We are with you. No need to panic."

"Situation is peaceful. Highest alert is on. Police had meetings with North-East residents in Janakpuri, Mahipalpur, Munirka, Mukherjee Nagar for proper coordination of security.

His remarks came as a large number of people from the north east left Bangalore, Chennai and Pune following rumours that they will be attacked in the wake of Assam violence.

On Friday, Kumar said said there was no reason for them to panic or leave the capital.

"(We) wish to assure all people from the north east that (there is) no reason whatsoever to panic or leave Delhi. Please report any disturbing incident to us. We are with you for help," Kumar tweeted. 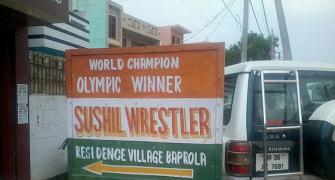 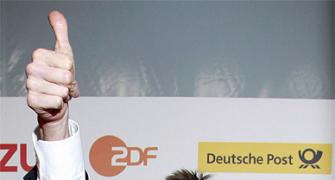 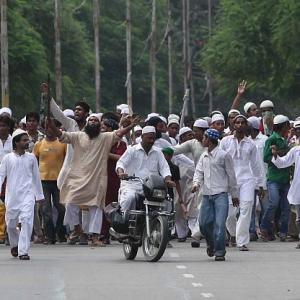 Armyman does a 'Sholay' stunt in New Delhi