Source: PTI
September 04, 2012 16:23 IST
Officials in the office of Pakistan Prime Minister Raja Pervez Ashraf went into a tizzy after unidentified persons attempted to circulate an email purportedly containing the premier's message for Defence Day, exposing the lack of cyber security in the office's media arm. Defence Day is observed on September 6.

An email titled 'Prime Minister's Message on Defence Day' was sent to scribes from the ID pmmediaofficer@gmail.com, which is very similar to one of the IDs used by the premier's media arm for communications with journalists.

After learning of the development, the prime minister's office issued a statement on Monday that asked journalists to ignore the email from the fake ID.

"It has come to our notice that a message of the prime minister on Defence Day has been circulated on a fake ID 'pmmediaofficer@gmail.com'. You are requested to ignore the message as it has not been issued by this office," the statement said.

The statement also listed three gmail IDs that are used by the PMO for communications with the media.

Investigations revealed that the sender created a fake identity simply by adding the letter "r" to one of the email IDs used by the premier's office.

"We detected the fake email and immediately informed the media as per the standard operating procedure that Prime Minister Raja Pervez Ashraf has not issued any message relating to Defence Day," Jalil said.

The premier's office is not alone in using IDs from email providers like gmail, Hotmail and Yahoo.

Most Pakistani government departments use such email IDs instead of routing their communications through a secure system.

Cyber security experts have warned against the use of such IDs by government departments even in the past. An unnamed official of the IT ministry told the Dawn, "Why is the prime minister's office using email accounts on the private web gmail? It amounts to a big information security breach as anyone can hack such email addresses of the prime minister. Such lapses can easily be averted by using IDs from the official email domain, gov.pk," the official said.

Any individual could create a fake identity in the same manner and cause embarrassment to the premier, he said. "That possibility should worry the government, which should refer the matter to the FIA's cyber crime cell for investigation," said the official.

The official recalled that during the tenure of former President Pervez Musharraf, the electronic government directorate of the IT ministry used to host the email servers for the offices of the president and the PM. 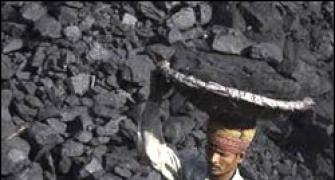 Coal-gate: Mr Minister, can you answer these questions? 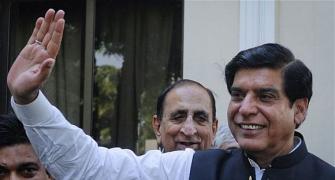