8 of Bali Nine leaders executed by firing squad in Indonesia Indonesia on Tuesday night executed eight prisoners including Bali nine organisers Myuran Sukumaran and Andrew Chan. Australian media reported that the prisoners had been taken to the Island’s firing range.

"We've carried out the executions," an attorney general official told the Jakarta Post.

Also executed were four Nigerians, a Brazilian and an Indonesian. All had been convicted of drug crimes.

The newspaper says that Mary Jane Veloso of the Philippines was spared at the last minute, because of her claims that she was recruited to be a drug courier. 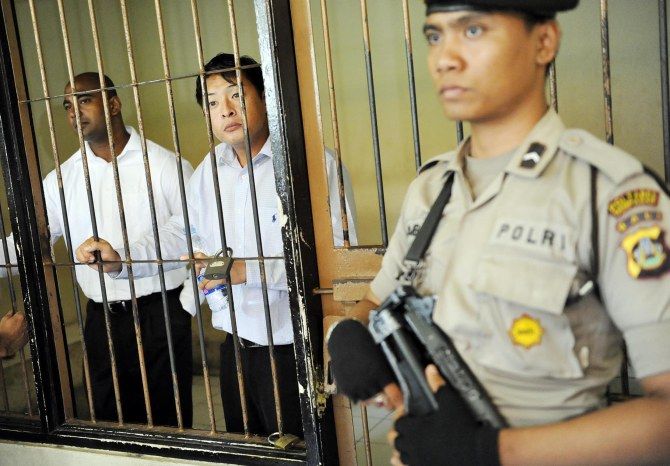 Andrew Chan (centre) and Myuran Sukumaran (left) are seen in a holding cell waiting to attend a review hearing in the District Court of Denpasar on the Indonesian island of Bali, in this October 8, 2010 picture. Photograph: Antara Foto/Reuters

Australians Myuran Sukumaran and Andrew Chan were the ‘ringleaders’ of a group that was caught trying to smuggle heroin out of Bali in 2005. Their seven couriers have received either lengthy or life prison sentences.

Hundreds had gathered at the port of Cilacap on Tuesday to watch lawyers and families make their final visits to the prisoners. 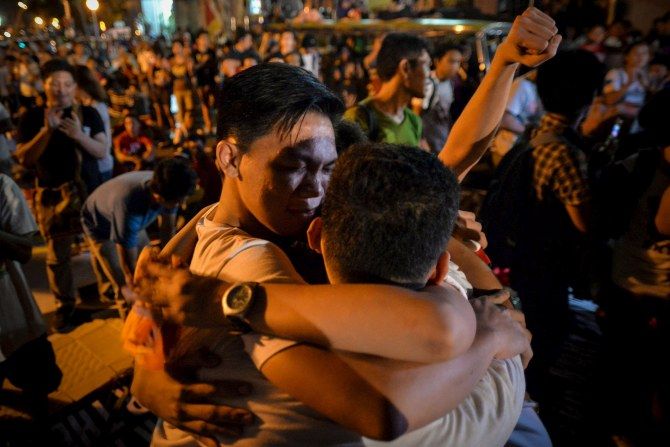 Activists hug each other after it was announced that the execution was delayed for death row prisoner Mary Jane Veloso, during a vigil outside Indonesian embassy in Makati, Philippines. Photograph: Ezra Acayan/Reuters

Relatives and friends of the condemned were in a tent near the killing field and became hysterical when the shots were heard, according to Fairfax Media. 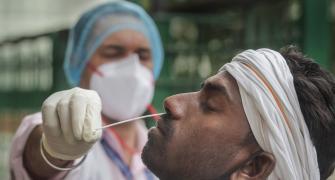