Egyptian voters have overwhelmingly approved a new Constitution drafted by President Mohamed Mursi and his Islamist allies, triggering fresh protests from the mostly secular opposition, which claims the charter ignores the rights of minorities.

Announcing the final results of the referendum on the new Constitution live on state-run Nile News TV on Tuesday night, the High Judicial Elections Commission said nearly two-thirds of voters have supported the proposed charter.

Sixty-three per cent of voters cast 'Yes' ballots in two stages, giving Islamists their third straight victory at the polls since Hosni Mubarak was toppled in a 2011 revolution.

The draft Constitution was put to a referendum over two stages, with 10 governorates voting on December 15 and the remaining 17 voting a week later.

The Commission said it has thoroughly reviewed all the complaints it received on violations, adding the referendum was held under full judicial supervision at all polling stations since the electoral system prohibits non-judicial officials from overseeing the process, the paper said.

Soon after the results were declared, protests broke out in several parts of the Egyptian capital, with protesters halting traffic and setting tires ablaze.

Major General Hassan el-Bardesy, head of the Cairo traffic department, said that protesters numbered around 150 and that arrangements for alternative routes were made.

Prime Minister Hisham Qandil later congratulated the Egyptian people on the new Constitution, saying that the people are the winners and there are no losers. 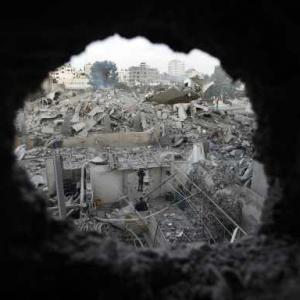