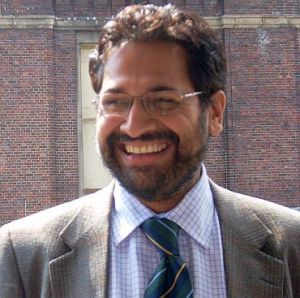 Siddharth Varadarajan, Editor-in-Chief of The Hindu, announced his resignation from the newspaper on Twitter on Friday, two years after he took over the reins from N Ram as the first professional editor of The Hindu.

The family members in the Kasturi and Sons Limited, the publishers of The Hindu newspaper, are back to business with disputes between the brothers being worked out.

At the KSL’s board meeting on Monday, it was decided that N Ram will become the Chairman and Publisher of The Hindu while N Murali will be the Co-Chairman.

The other two family members, N Ravi and Malini Parthasarathy will become the Editor-in-Chief and Editor of The Hindu respectively

Speaking to Business Standard, N Ram said Varadarajan was offered to continue as Contributing Editor and Senior Columnist, but he is yet to respond officially to the Board.

Varadarajan has tweeted saying that he had resigned from the company and stated that "with The Hindu's owners deciding to revert to being a family run and edited newspaper, I am resigning from The Hindu with immediate effect."

"The Board decided that the CEO will no longer function as CEO," Ram said.

Citing reasons for the decision, Ram said, "Transparency was missing, the Board was taken for granted, big appointments were made and reporting requirements were not there too. No background, no CV for people who are appointed and Rs 35-50 lakh were being offered as  salaries. Feeling of alienation was growing inside the organisation."

When contacted, CEO Arun Anant said that he is still in discussion with the management and Murali, the new co-chairman said that his future role yet to be decided by the Board.

On Monday’s development, Ram said he was the prime initiator of this new development and that it was a "big change" for the institution.

"We realised that we took a wrong turn two years back and we went off the rails on the business and editorial side. There are continuous violations of the framework of the values while handling industrial relation on the business side and on the Editorial side," Ram said.

He added, "We also found that the Editor was hardly in Chennai and was unable to focus on Chennai, which is our headquarters commercially and journalistically."

"Chennai and Tamil Nadu editions are very important as they are number one and bulk of the circulation. Readership and revenue come from these editions," Ram said, adding, “Murali and Me are not hands on and we are entrusted with the responsibility of industrial relations now. First thing we did was come to an agreement on Diwali bonus for the employees."

The bonus was unduly delayed by the CEO, he claimed.

The lack of transparency in performance and misleading the board are also being cited as reasons for abolishing the post.

Murali said that in the last two years, the Times of India had gained ground in Chennai and Tamil Nadu; The Hindu's market share had come down, revenues were challenged.

"Some of the initiatives, they have done it in a hurry and have to face the consequence. Most importantly, the relationship with the employees was virtually broken down. The reputation which The Hindu built on industrial relations and goodwill of the employees were affected,” Murali said.

It may be noted that in June, 2012, K Balaji, managing director of KSL, and five other senior members of the Kasturi family stepped down from their respective positions in the company while continued as whole-time directors on its board. The changes were reportedly part of a dispute between the family members in KSL has been there for more than last two years.

The development has shocked many in the media circles and twitter responses are pouring in.

NYT’s Johannesburg bureau chief Lydia Polgreen has this to say: “The Hindu was a far better paper under svaradarajan. It is a great loss for readers. Stunned and saddened to hear that svaradarajan is resigning as editor of the Hindu. The family that owns it wants to edit it again”.

Siddharth’s brother Tunku Varadarajan, editor Newsweek International, tweeted: “The only decent editor The Hindu has had in nearly a decade has been ousted in a squalid boardroom putsch. Hey Ram!”

Siddharth, in a letter to his readers in The Hindu on April 24, 2012, had written, "We carried a 'jacket' on Monday in our Tamil Nadu editions that featured a message -- laid out in the form of an in-house advertisement -- to readers on the occasion of Akshaya Tritiya on behalf of 'The Hindu' .

Neither I, as Editor of The Hindu, nor anyone from the editorial side, was involved in the drafting of this message. Nor did we know of, let alone approve, its contents.

For the record, it is not The Hindu' s editorial position that Akshaya Tritiya, an occasion that has risen to prominence only relatively recently, is one of "the most auspicious days in the Hindu religion.' Nor can we possibly endorse this statement -- "The belief that buying gold on this day would make you prosperous throughout the year is shared by one and all' -- or others contained in that message.

We have now taken internal steps to ensure that advertising messages put out in the name of The Hindu are consistent with its editorial policy and that our Code of Editorial Values, which says there is "a firm line between the business operations of the Company and editorial operations and content", is strictly adhered to by all”.