Ecuador to decide on asylum to Julian Assange today

Ecuador has said that it will announce its decision on WikiLeaks founder Julian Assange's application for asylum later on Thursday, after Britain reportedly threatened to enter the country's embassy in London to arrest him.

Ecuador and Britain appeared to have reached a diplomatic impasse over Assange, who has taken refuge in its embassy.

Britain says it is under legal obligation to extradite Assange to Sweden to face allegations of sexual assault, while Ecuador insists that British authorities entering the embassy would violate the Vienna convention and would be considered a hostile act.

According to Ecuador's Foreign Minister Ricardo Patino, Britain had issued a 'threat' to enter the country's embassy in London in a letter served by a British embassy official in
Quito.

A decision on Assange's asylum application will be announced on Thursday.

Britain believes that it can withdraw diplomatic immunity and then enter the embassy under the Diplomatic and Consular Premises Act, 1987.

Reports from Quito quoted extracts of the British embassy letter, "You need to be aware that there is a legal base in the UK, the Diplomatic and Consular Premises Act 1987, that would allow us to take actions in order to arrest Assange in the current premises of the embassy."

The letter added, "We need to reiterate that we consider the continued use of the diplomatic premises in this way incompatible with the Vienna Convention and unsustainable and we have made clear the serious implications that this has for our diplomatic relations."

An Ecuadorean government spokesman said, "We are deeply shocked by the British government's threats against the sovereignty of the Ecuadorean Embassy and their suggestion that they may forcibly enter the embassy".

He added, "This a clear breach of international law and the protocols set out in the Vienna Convention. This stands in stark contrast to the escalation of the British government today with their threats to break down the door of the Ecuadorean Embassy".

In London, a Foreign Office spokeswoman said, "We have consistently made our position clear in our discussions with the government of Ecuador. The UK has a legal obligation to extradite Assange to Sweden to face questioning over allegations of sexual offences and we remain determined to fulfill this obligation".

She added, "We have an obligation to extradite Assange and it is only right that we give Ecuador the full picture. Throughout this process we have drawn the Ecuadoreans' attention to relevant provisions of our law, whether, for example, the extensive human rights safeguards in our extradition procedures, or the legal status of diplomatic premises in the UK. We are still committed to reaching a mutually acceptable solution." 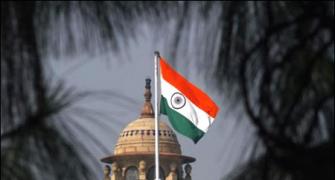 COLUMN: India's next tryst with destiny 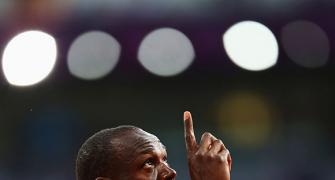