Terming as "irresponsible" remarks of political parties criticising its orders, the Election Commission on Wednesday said if they feel heat of its directive, "it is their problem".

He was asked about criticism of the poll authority by political parties in cases of violation of the model code of conduct.

The Commission recently faced criticism from Uttar Pradesh Chief Minister Mayawati for its decision to cover her statues and that of the BSP poll symbol 'elephant' which were built at government expense.

Interestingly, political leaders were conspicuous by their absence at the NVD programme of the Election Commission where the top poll officers urged voters to participate in elections in large numbers to elect "solid, sincere and hard working" representatives.

The absence of political leaders was pointed out by former President A P J Abdul Kalam, who was the chief guest at the function.

However, Quraishi said the absence of political parties did not reflect indifference on their part.

Quraishi pointed out that it would have been difficult for political parties to leave the poll campaign and come for the programme as elections were only a few days away.

"We do not think there is indifference. They have their compulsions. We had sent routine invitations and had not followed up with personal invitations as they would have found it difficult to express their regret," he said.

Asked about publication of opinion polls, the CEC said there was no ban on the exercise.

However, he said opinion polls cannot be broadcast or published 48 hours prior to the end of any phase of elections. Quraishi also dubbed as "correct and wise" the Commission

decision to cover the statues of Bahujan Samaj Party poll symbol 'elephant' and that of Mayawati.

He pointed out that in 2004, the Commission had covered the photographs of the then Prime Minister Atal Bihari Vajpayee appearing across national highways as part of the Golden Quadrilateral project.

Quraishi said conduct peaceful elections, control of money power and stopping distribution of liquor were among the top priorities of the Election Commission. 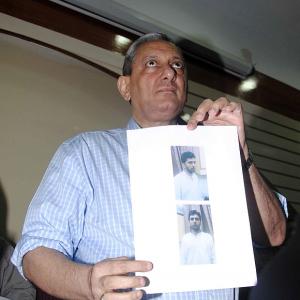 13/7 blasts: Has the ATS REALLY cracked the case?