'Dr Singh, India wants you to end your silence'

Activist Swami Agnivesh on Friday launched an attack on Prime Minister Manmohan Singh and Congress leader Rahul Gandhi, accusing them of being silent about crucial issues and not listening to the voices of the people.

Addressing protestors as Anna Hazare launched his fast at Ramlila Maidan in New Delhi, he said, "Mr Manmohan Singh, the country wants you to end your silence and open your mouth. You have been silent for the past three years. The prime minister is responsible for the actions of the Cabinet."

He alleged that Human Resource Development Minister Kapil Sibal was not ready to listen to the voices of the people of his constituency and neither was Gandhi.

"Kapil Sibal is not ready to listen to the voices of the people of his own constituency, where 80 per cent of the people want the Jan Lokpal Bill to be considered. Same is the case with Rahul Gandhi," Agnivesh said.

Claiming that 80 per cent of the people of their constituencies Chandni Chowk and Amethi were in support of the Jan Lokpal Bill, he said, "They are not ready to even listen to the voices of their own people. The people want to know why."

The Hazare team had earlier claimed that the referendums conducted by them in Gandhi's constituency Amethi and Sibal's constituency Chandni Chowk had shown that 80 per cent of the people were in favour of civil society's version of the Lokpal Bill and had rejected the government version.

"The government should amend its Lokpal draft and include the things which Anna has been demanding," he said. 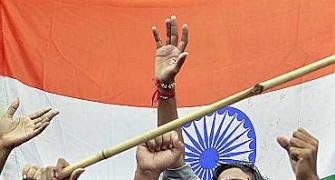 From Tihar to Ramlila maidan: Anna and co march on 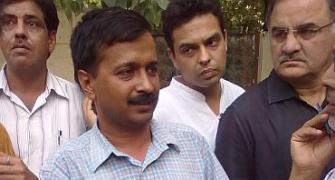 Anna's on indefinite fast not fast until death 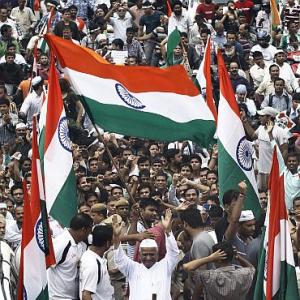 'Anna alive or not, don't put out this torch' 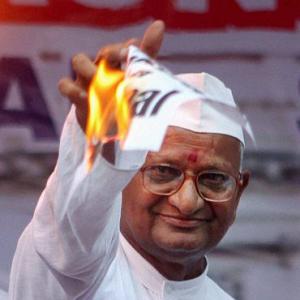