Maintaining that they are not campaigning for any party in the Hisar election, Arvind Kejriwal has said team Anna should not be held responsible if their movement in any way benefits the opposition and dismissed as "absurd" talk of Hazare nursing an ambition to become President.

"We are fighting for systemic changes. We are not campaigning for anyone or asking voters to vote for a particular candidate. We are not responsible if opposition is benefited. It is the Congress which is responsible for this.

"If they make an announcement (about bringing the Jan Lokpal Bill) today, we will withdraw our entire campaign against them," he told reporters in Hisar on Monday evening.

Besides Kejriwal, who hails from Hisar in Haryana, other members of Team Anna including Kiran Bedi and Manish Sisodia addressed public gatherings asking people to refrain from voting for Congress for its "failure" to bring their bill in Parliament.

Reacting to Congress leader Digvijay Singh's remarks that Hazare wants to become the President, Kejriwal said, "There is no truth in the claims that Anna wants to become President of India. This is completely absurdcomplete bunkum".

Kejriwal stressed that people of Hisar should not confine their choice to just two or three candidates in the fray, but choose from 39 other non-Congress candidates who are contesting.

Though it's a triangular contest for the Hisar seat, with Congress' Jai Prakash, HJC-BJP's Kuldeep Bishnoi and Indian National Lok Dal's Ajay Singh Chautala in the fray, there are other candidates who are fighting including those from smaller parties and independents.

Asked if he can vouch for INLD or HJC-BJP's candidates as having clean image, Kejriwal said, "We never said that Chautala or Bishnoi is better than anyone else....

"If Chautalas are facing charges, it is all the more reason why we are fighting for the Jan Lokpal Bill so that anyone who indulges in corruption, irrespective of whosoever he may be, is punished promptly for his misdeeds".

"We are asking people to leave out Congress and from the rest 39 make your own assessment and pick up a candidate whom they think is clean. We are telling them to defeat Congress so that it is forced to bring the Jan Lokpal Bill, which will ensure that corrupt leaders go to jail".

He also said that on their agenda was "right to reject" so that if people think none of the contesting candidates deserves their vote, they can press the "reject button".

Kejriwal tried to play down talk of any rift within the Team Anna and said prominent member Prashant Bhushan could not campaign in Hisar because he was travelling.

Asked about the suggestion of some Congress leaders that he should contest the polls himself, Kejriwal asked, "Has the Congress abdicated its responsibility. Let them resign and then we will decide whether we need to fight or not".

He also lashed out at Congress General Secretary Digvijay Singh, saying it was a baseless charge that their movement had anything to do with any political party or the Rashtriya Swayamsevak Sangh.

"Please produce evidence to back your claimsYes, we admit that since our movement is a people's movement, there could be people from the Left, Right, Centre, RSS, BJP etc. who could have come (when Anna was on fast), but it is baseless to say we have any political outfit's backing.

"We also strongly condemn BJP leader Sushma Swaraj's remarks made at a (HJC-BJP) rally here (on Sunday)," he said, referring to the remarks that people should elect their candidate.

Get Rediff News delivered into your Inbox.
Source: PTI© Copyright 2020 PTI. All rights reserved. Republication or redistribution of PTI content, including by framing or similar means, is expressly prohibited without the prior written consent.
Related News: Arvind Kejriwal, Congress General, HJC-BJP, Anna, BJP
SHARE THIS STORY
Print this article 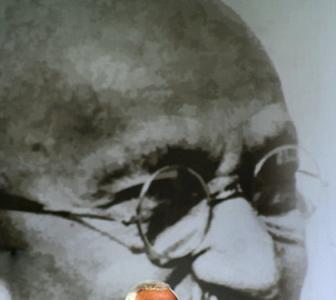