The family and the lawyer of Ishrat Jahan, who was killed in an alleged fake encounter in Gujarat, on Thursday raised questions over David Coleman Headley's testimony that she was a Lashkar-e-Tayiba operative, saying this was for the "political benefit of some big people" whose names have been "besmirched." 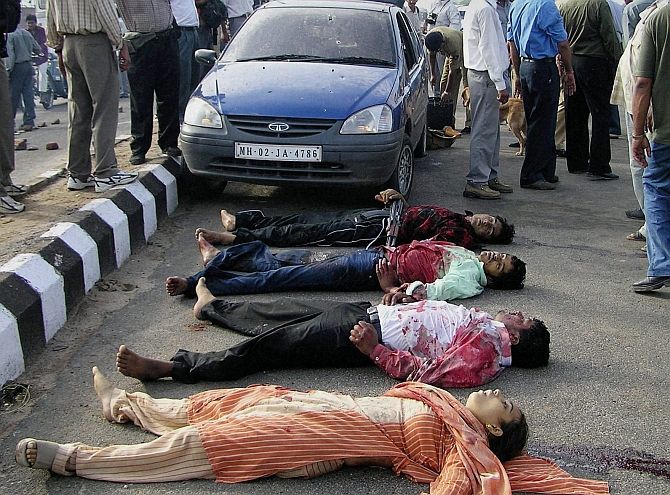 Musarrat, the sister of the 19-year-old college girl, and lawyer Vrinda Grover claimed that she had no terror links, hours after the Pakistani-American terrorist's deposition in a special court over a videolink from the US in the 26/11 case.

Grover also questioned prosecutor Ujjwal Nikam's tactics in the special court in Mumbai, saying certain questions put to Headley by him had nothing to do with the Mumbai attack case and alleged they can have a "political relevance."

Musarrat expressed surprise over the claim made by Headley and said investigations have proved she was innocent but killed in a "fake encounter".

"Many big people are involved in it. Headley is saying all this because they will benefit politically out of it. I don't understand that despite investigations, which has proved she was innocent, why judgement in the case is taking so long. He himself (Headley) is a terrorist and is in jail in the US, how does his statement counts?" she asked.

"There are big people involved in this fake encounter I do not want to take any names. All I want to day is that what others say does not matter.

"We are fighting a legal battle for past 11 years and it has been proved that it was a fake encounter. What Headley is saying, I don't care. All I know and concerned is that my sister was innocent. We don't agree to what others say.

Ishrat's uncle Rauf Lala regretted that attempts were being made to link Ishrat's name with terror from Headley's testimony.

"This is just a ploy by those guilty who are powerful to try and salvage their names that have been besmirched," said Ishrat's mother Shamima Kausar.

Grover said she was surprised how suddenly the name of Ishrat Jehan was brought up by the prosecutor.

"They can have a political relevance, but they can have no relevance to 26/11. The public prosecutor in a procedure which is wrong and illegal in law gives a multiple choice question to a witness and says 'now I will give you three names (of female LeT suicide bombers that included Ishrat Jehan) you select one name which will be that female person," she said.

Meanwhile, the BJP government in Gujarat hailed the disclosure by Headley.

"Headley's testimony before a Mumbai court today has proved that Ishrat was receiving guidance from LeT and tried to spread terror in Gujarat at that time. Gujarat Police thwarted all kinds of terrorist attacks in the past and we will continue to work in that direction," Gujarat Minister of State for Home Rajni Patel said.

Another senior BJP Minister Vijay Rupani slammed Congress for "politicising" the issue and alleged the Opposition tried to malign the image of then Gujarat Chief Minister Narendra Modi and state Home Minister Amit Shah at that time over the encounter of Ishrat and three others.

"When Modiji as chief minister and Amitbhai as home minister were taking strong steps to curb terrorism in Gujarat and in India, Congress tried to politicise the whole issue by claiming that terrorists were innocent," said Rupani, who holds Transport portfolio.

"Now, after Headley's testimony, it is established that Ishrat was a terrorist and steps taken by our government at that time were just and proper. Now, everyone has to admit that the Gujarat government was right at that time." 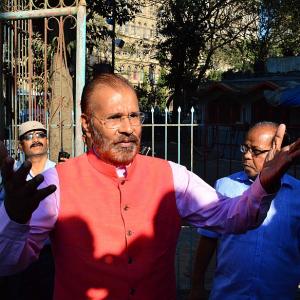