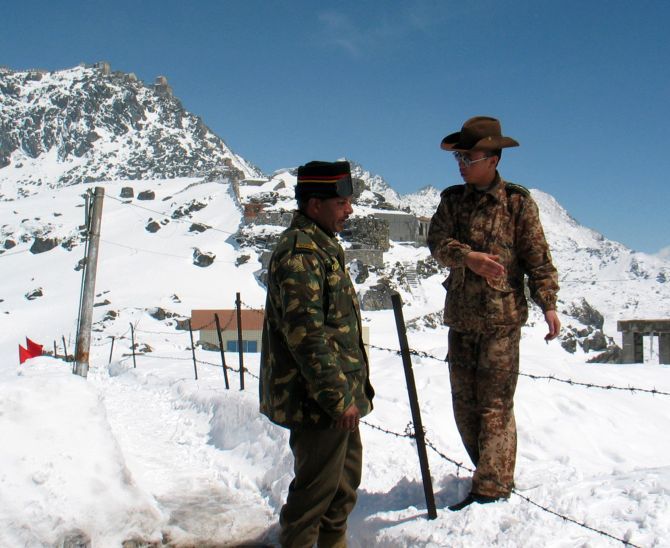 The Doklam standoff has been blown out of proportion but it is important to not change the "status quo" at sensitive points at the India-China border, Indian Ambassador to China Gautam Bambawale said.

In an interview to the state-run Global Times in Beijing on Friday he said post-Doklam, India and China should hold candid talks to resolve contentious issues, including the USD 50 billion China Pakistan Economic Corridor.

"I believe that you are blowing it out of proportion. The people of India and China and our leaders are experienced enough and wise enough to overcome such momentary hurdles in our relationship," Bambawale said while answering a question if the Doklam standoff damaged ties.

"I believe that in the post-Doklam period, India and China need to be talking to each other and conversing with each other much more than in the past" at different levels including at the leadership level, he told the tabloid daily of the ruling Communist Party of China known for its strident anti-India write ups.

Also in an apparent reference to reports of China may try to make yet another attempt to build the road in Doklam near India's Chicken Neck corridor which led to the standoff, he said it is important to not change the "status quo" at sensitive points.

The 73-day standoff at Doklam in Sikkim where Chinese military attempted to build a road close to Chicken Neck corridor has sparked a new round of tensions at the border. It finally ended on August 28 after China agreed to stop road building.

As the two sides made efforts to improve ties, officials in Beijing said a new incident of Chinese military’s attempts to build a road inside the Indian territory in Siang district in Arunachal Pradesh has been resolved.

"In our conversations and discussions, it is important to talk to each other and not talk past each other. We must be sensitive to the other side's concerns. Our interaction must be based on equality and mutual benefit. Also, in the India-China border areas, especially at some sensitive points, it is important not to change the status quo. We need to be clear about this," he said.

Recent reports say that Chinese troops have been building facilities not far from the standoff area. China asserts that Doklam which is also claimed by Bhutan belongs to it.

Dispelling the notion that India-China are rivals, Bambawale also said there is no "anti-China mentality" in India.

"If India and China could hold the dialogue successfully we will understand each other much better and we will build trust and confidence in each other," he said.

"With enhanced trust and understanding will come a stronger partnership between India and China. I would like to say that India and China are partners in development and progress. We are not rivals," he said.

Answering a question, he refuted that there is an adverse sentiments in India against China.

"If you travel to India and meet the common people in our cities and villages, you will come to know that they do not have an anti-China mentality. In fact, the people of India have great admiration for what China has achieved in economic development over the past four decades," he said.

He pointed to the success of Bollywood super star, Aamir Khan's Dangal and Secret Superstar in China to show the goodwill for India and asked China to allow screening of more Indian films to enable Chinese to understand India better.

But at the same time "there are a few issues about which, we in India, have been focusing attention on".

"The foremost is the large and growing trade deficit we face with China. In 2017, the deficit for India is likely to be USD 55 billion," he said and questioned why China is not opening its markets to Indian Pharmaceuticals and IT products.

"For 20 years, we have been asking for the Chinese market to be opened for our pharmaceutical and IT products and services. To no avail. What do we make of this? What conclusions should we draw? We should discuss such issues frankly but also take steps to resolve them," he said.

"Secondly, the CPEC passes through Indian-claimed territory and hence violates our territorial integrity. This is a major problem for us. We need to talk about it, not push it under the carpet," he said.

"I believe, the more we talk to each other, the easier it will become to resolve problems. Also, please don't forget, there are many subjects - the vast majority of issues - on which we are already working together and where we can expand cooperation," he said.

He suggested India and China should work together this year to have more summit-level meetings and official meetings besides enhancing exchanges of military personnel, parliamentarians, business persons, journalists, academicians, students, sportspersons and filmmakers.

Calling for more Chinese investments he pointed to the success of Chinese telecom firms in India. "We would like them to manufacture at least some of their products in India" under 'Make in India' programme.

Similarly, India has embarked on a programme of 'Smart Cities'. Do you think it would be possible for Chinese companies to assist us in one or two of these new 'Smart Cities'? Perhaps, some Indian IT firms can assist with China's plans on big data”, he asserted.

He said India and China also have common positions on many international and global issues. The prime example is that of climate change.

"We have been working together on this subject in the past and under the new international circumstances it is especially important that we continue to work together, he said and congratulated Beijing city for improving city's air by reducing pollution," he added. 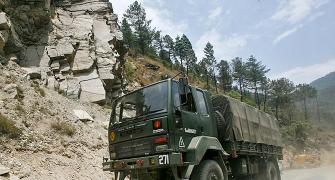