Do the right thing: Obama on gun control laws

United President Barack Obama on Tuesday made one more push to introduce strict gun control laws, with background checks, through the US Congress where lawmakers are resisting his move.

Reminding an audience in Hartford, Connecticut, about the death of innocent people due to several shooting incidents across the country including the firing on Sikh worshippers in Wisconsin, Obama said his fight is not about him.

"It's about them and all the families going forward, so we can prevent this from happening again. That's what it's about. It's about the law enforcement officials putting their lives at risk. That's what this is about. This is not about politics," said the US President.

"This is about these families and families all across the country who are saying let's make it a little harder for our kids to get gunned down," he said in his address.

Referring to his State of the Union Address, Obama said these proposals deserve a vote -- that families of Newtown, and Aurora, and Tucson, and a former member of Congress, Gabby Giffords, that they all deserved a vote.

"Now they're going to start denying your families a vote when the cameras are off. You deserve better than that. You deserve a vote," he said, referring to the resistance his proposals are now facing from a group of lawmakers.

"We knew from the beginning of this debate that change would not be easy. We knew that there would be powerful interests that are very good at confusing the subject, that are good at amplifying conflict and extremes, that are good at drowning out rational debate, good at ginning up irrational fears, all of which stands in the way of progress," he said.

"But if our history teaches us anything, then it's up to us -- the people -- to stand up to those who say we can't, or we won't; stand up for the change that we need. I believe that that's what the American people are looking for," Obama said.

He urged his countrymen to approach their lawmakers and ask them to vote for gun control legislation. 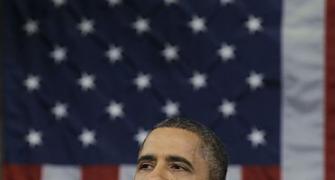 TEXT: US President Obama's State of the Union address 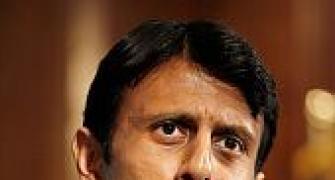 Is Bobby Jindal preparing for 2016 US prez run? 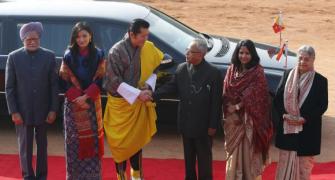 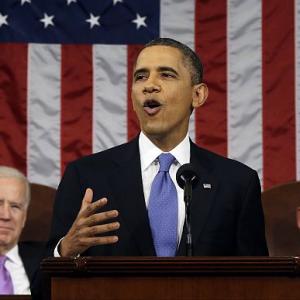 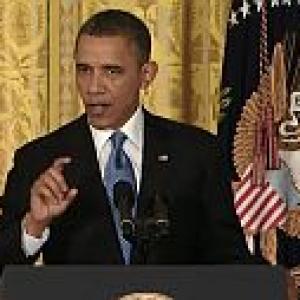