The week-long drama over a blind Chinese dissident taking refuge in the United States Embassy in Beijing ended on Wednesday, with the American envoy driving him out of the premises for medical care and to be reunited with his family, hours after US Secretary of State Hillary Clinton arrived for talks.

Chen Guangcheng, who had claimed to have escaped from house arrest from his village in Shandong province, was holed up in the US embassy for the past six days and had become a political hot potato between the two sides.

The 40-year-old Chen has left the US embassy in Beijing, state-run Xinhua news agency reported, stating that he left on his volition.

He was reportedly driven by the US Ambassador to China, Garry Locke, to a hospital.

A BBC report said Chen was seen with his wife and their two children at a hospital in Beijing.

The development that coincided with the arrival of Clinton for two-day talks with Chinese leaders, expectedly elicited strong reactions from China which said it was tantamount to interference in internal affairs. The case also threatened to overshadow the talks in which other US officials including, Secretary Treasury, Timothy Geitner is to take part.

Locke reportedly confirmed to US media that he had Chen in his car and was taking him to a medical facility in Beijing.

Soon after the announcement, the Chinese Foreign Ministry in a stern statement demanding an apology from US for taking a Chinese citizen "via abnormal means" into its embassy.

"Chen, a native of Yinan county in eastern China's Shandong province, entered the US Embassy in Beijing in late April and left of his own volition after a six-day stay at the embassy," Foreign Ministry spokesman Liu Weimin said in a statement.

"It should be pointed out that Chen Guangcheng, a Chinese citizen, was taken by the US side to the US Embassy in Beijing via abnormal means, and the Chinese side is strongly dissatisfied with the move," Liu said.

China demands that US thoroughly investigate the event, hold relevant people accountable and ensure that such an event does not happen again, he said.

"What the US side has done has interfered in the domestic affairs of China, and the Chinese side will never accept it," he said.

"The US Embassy in Beijing has the obligation to observe relevant international laws and Chinese laws, and it should not do anything irrelevant to its function," he said.

China noted that the US has expressed the importance it attaches to China's demands and concerns and has promised to take necessary measures to avoid similar events, he said.

The US should reflect on its policies and methods and maintain the overall situation of Sino-US bilateral ties with concrete acts, he said.

Liu said China is a country under rule of law, and its citizens' legitimate rights and interests are protected by the Constitution and laws.

"All citizens, at the same time, have the obligations to abide by the Constitution and laws," he said.

Significantly Clinton arrived a day before the talks regarded by Chinese analysts as the most difficult since the mechanism was started in 2009.

US Assistant Secretary of State for East Asian and Pacific Affairs Kurt Campbell also came ahead Clinton's visit to deal with Chen's issue.

The Chinese official media however projected it as much an embarrassment to US as it is for China.

The state-run Global Times in an editorial on Chen issue said: "US embassy would have no interest in turning itself into a petition office receiving Chinese complaints".

Chen is the second Chinese to enter US diplomatic mission in recent months.

In February, the Police Chief of Chongqing city barged into US Consulate in Chengdu to protect himself from sacked Communist Party leader, Bo Xilai. He came out only after he was given protection by central police.

"In the Western media, Chen is a hot potato for Chinese authorities. Now he is making Washington uncomfortable. Chen, unlike other dissidents who made abstract human rights goals in China, has many detailed complaints about the country's grass-roots governance.

"He travelled to the US embassy from Linyi, Shandong, and now these problems have entered the US sphere of import," the editorial said.

"All countries are plagued by various public complaints. Chinese petitioners are motivated by various incentives. If petitioners' requests are not met by domestic authorities and turn to the US embassy, this is not only embarrassing to China but also puts the US in an awkward position".
Source: PTI© Copyright 2021 PTI. All rights reserved. Republication or redistribution of PTI content, including by framing or similar means, is expressly prohibited without the prior written consent.
Print this article 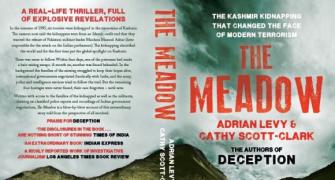 Story of a kidnapping that woke the West to J&K issue
Dwayne Smith replaces Johnson in Mumbai Indians
WATCH: Priyanka-Shahid romance in Mukhtasar! 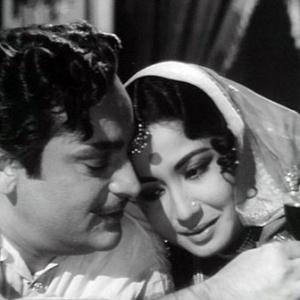