Railway Minister Dinesh Trivedi's remarks after presenting the rail budget make it clear that he knew all along that he was on his way out. Sheela Bhatt reports

West Bengal Chief minister Mamata Banerjee's discontent over hike in railway passenger fare and her strong reaction against her own party leader and Railway Minister Dinesh Trivedi are on expected lines. At least it is not at all surprising for Trivedi.

According to a source in the government, "Trivedi was mentally prepared. He knew well that Mamata would react in a stern manner. Since many days he had been speaking to Mamata over the issue, but she did not agree to a hike in passenger fares."

However, railway budget and hike in fares is the excuse that Trivedi and Mamata are using.

When asked why Trivedi went against his leader's wish, the source in the know of things said, "He wanted to get out. He used the event of the budget. Throughout the day he went about bettering his image through smart use of the media before he invited his own sacking."

The source alleged that, "Trivedi is into an image building exercise." He also pointed out that Trivedi's interview to Headlines Today was evidence of it, as Trivedi indirectly blamed Mamata Banerjee for not rising to national interest. He compared himself to Bhagat Singh. He tried to prove a point that he did not care for the trappings of power.

Trivedi told the news channel, "I have done my duty to the country and I am proud of it. Country comes first, then family or party," he said. He said, "Dinesh Trivedi will do whatever a patriotic person should be doing... Can I play with the lives of people," he asked. Trivedi's remarks implied that Mamata was playing with passenger safety when she opposed a hike in passenger fare.

Trivedi's remarks after presenting the rail budget make it clear that he knew all along that he was on the exit. For the first time in political history a minister may not be responding to the budget that he has presented.

Many journalists were privy to Trivedi's bold views on issues of national interest that were at variance with his party's views.

Rather, it was surprising to see left-leaning Mamata and Trivedi with his right-wing ideologies working together for more than a decade. 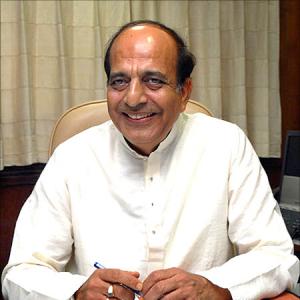 Mamata proving to be a crisis for UPA government