TMC leaders say party may do a rethink on UPA's choice for President. Kavita Chowdhury reports

Even as the debate over the choice of candidate for the president's post rages, a petulant Mamata Banerjee, while stepping out of the Writers Building in Kolkata late on Friday night, said, "The game is not yet over". However, the TMC party leaders are keen on doing a re-think on the issue of offering support to Pranab Mukherjee's candidature for the presidential election.

Several TMC MPs are conceding the TMC now stands isolated, and since APJ Abdul Kalam himself has withdrawn from the presidential race, TMC is left without a candidate.

According to TMC leaders, now is the time rethink, especially because Pranab Mukherjee has "acted as a senior leader and appealed to Mamata Banerjee describing her as a sister". A Union minister from TMC speaking to Business Standard said, "Didi did not reject Mukherjee's name, she just proposed three more names, that's not a crime."

Banerjee, after her meeting with Congress President Sonia Gandhi, had informed the media of the UPA's two probables: Mukherjee and Hamid Ansari. After her meeting with Mulayam Singh Yadav, Banerjee virtually rejected Mukherjee's name by putting forward her list of preferences with the former President Abdul Kalam being her first choice.

The TMC minister insisted that there was "no danger to the UPA-TMC alliance", despite political observers predicting the end of the road for the TMC in the UPA coalition.

The Congress-led UPA does not seem to be in any a hurry to ask Mamata Banerjee's party to quit the coalition. A Congress Cabinet minister told Business Standard, "We won't ask the TMC to leave. They have to take the call."

Senior Congress leader Digvijay Singh's telling comment to Business Standard on the UPA coalition lying in tatters (with TMC's rebellion against Mukherjee's nomination): "You'll see. Everyone will fall in line".

Certain sections within the party are confident that Mukherjee himself could be magnanimous and meet the disgruntled TMC chief in Kolkata, after which she was bound to do a turnaround.

A TMC old-timer recalled how "livid" Banerjee had got when during the NDA coalition under Prime Minister A B Vajpayee, they decided to induct Sudip Bandyopadhya into the Cabinet without her permission. "That time, despite every good counsel, she did not relent," he added.

Even as her partymen expressed hope that their leader would practice realpolitik, Banerjee herself continued to root for Kalam and launched a Facebook page requesting the citizens to petition their public representatives to stand up and support Kalam.

Is it the point of no return for Banerjee as far as her relations with the UPA go, only the future course of events will tell. 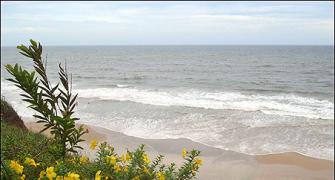 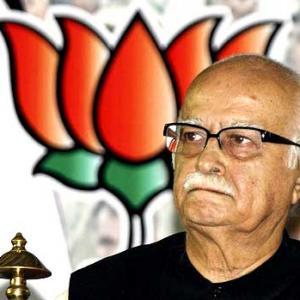