The results, while bringing the Congress back to power in this state, also end the rule of the 66-year-old BJP stalwart, who has earned several monikers during his 15-year-long tenure -- Doctor saheb being a trained Ayurvedic medical practitioner, chaur wale baba for his popular rice scheme and the 'Mobile Wale Baba' for giving free smartphones to 50 lakh women and students. 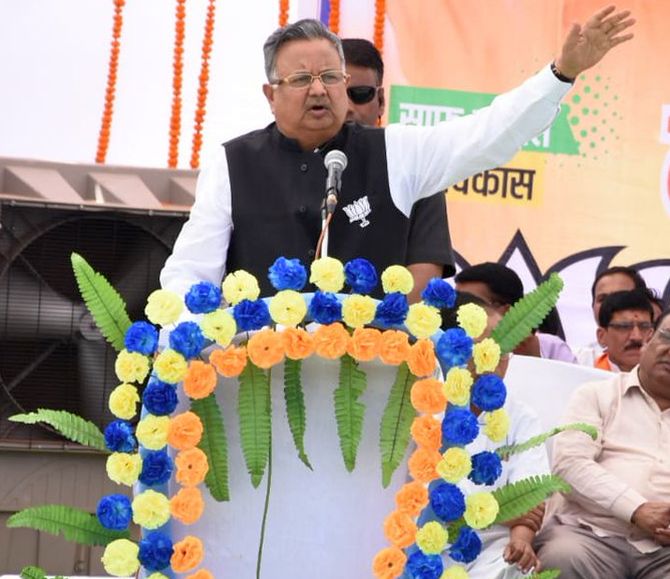 He also took jibes at his predecessor Ajit Jogi's alliance with Dalit leader Mayawati for polls in his state with a large population of tribals and other backward castes, saying 'A plough-carrying farmer' does not need an 'Elephant' -- referring to the party symbols of the two leaders who had joined hands to present a third force in an otherwise direct fight between the ruling BJP and the challenger Congress.

In the end, the election results showed that farmers, as also tribals and other voters of his state, did not want even 'Lotus' of the saffron party and decided to support the 'Hand' of the Congress.

The results, while bringing the Congress back to power in this state, also end the rule of the 66-year-old BJP stalwart, who has earned several monikers during his 15-year-long tenure -- Doctor saheb being a trained Ayurvedic medical practitioner, chaur wale baba for his popular rice scheme and the 'Mobile Wale Baba' for giving free smartphones to 50 lakh women and students.

The last time the Congress ruled Chhattisgarh was in the first three years of the state being carved out of Madhya Pradesh, after which it was Singh who was at the helm -- that too for 15 out of the state's overall history of 18 years.

He started as a councillor in his native Kawardha (Kabirdham) district in 1983 before becoming an MLA in 1990 in the undivided Madhya Pradesh and then a Lok Sabha MP in 1999 by defeating Congress veteran Motilal Vora from what became his bastion, Rajnandgaon.

Singh, who was inducted into the Atal Bihari Vajpayee government as minister of state for commerce and industry in 1999, was sent back to state politics to lead the BJP in the 2003 assembly polls and steered the saffron party's bid to dethrone the Jogi government of Congress in 2003.

While the then Union minister Dilip Singh Judeo, a former royal, was a front runner for the CM's post at that time, a controversial sting operation extinguished his chances and Singh was put on the hot seat.

Singh again led his party to victory in 2008 and 2013 and earned the distinction of being the longest-serving BJP CM since the party was formed in 1980.

The only time he suffered a personal poll defeat was to the Congress' Yogeshwar Raj from Kawardha in the MP assembly polls in 1998.

While the Congress has regularly attacked him over issues of corruption, mainly focusing on the civil supply scam, the chit fund scandal and allegations of his son and BJP MP Abhishek Singh holding accounts in foreign banks, he managed to hold on to his own in the state with a slew of populist welfare measures.

The BJP's campaign in the run-up to the two-phase assembly polls on November 12 and 20 this year totally centred around Singh, who had started his political journey as a member of the erstwhile Jan Sangh and then of the Bharatiya Janata Party since the very beginning of the party.

Born on October 15, 1952 in a Rajput family in Kawardha town in undivided Madhya Pradesh, to Vighnaharan Singh Thakur, a prominent lawyer of the town, and Sudha Singh, a housewife, Singh obtained a Bachelor of Ayurvedic Medicine and Surgery degree from Raipur's Government Ayurveda College in 1975.

Party functionaries say that, as a doctor, Singh either charged a nominal fee from his patients or none at all.

The Congress, however, has continually alleged that the state's public distribution scheme was defrauded of Rs 36,000 crore and a CBI probe led to several officials being booked in 2015.

The party has also routinely raked up allegations that Singh's son, Abhishek, a Lok Sabha MP from Rajnandgaon, was mentioned in the Panama Papers leak, a claim he has denied.

Left-wing extremism, however, remained the 'Achilles' heel' for the state, with the Congress claiming that 15 years of BJP rule had worsened the Naxal menace, even as Singh continued to claim that naxalism was on life-support in the system and the affected districts would soon see peace.

While the opposition and some from his own party have been critical of his working style and the behaviour of state bureaucrats, Singh, with his amiable, soft-spoken demeanour, generally managed to win the day against dissidence.

In the end, political pundits say, it was Congress president Rahul Gandhi's promise of farm loan waiver that turned the elections away from Singh, despite his claims that farmers in his state were already been given zero-interest rate loans.

In the meantime, there were also talks about Singh returning to the central politics though he ruled it out saying, abhi Dilli door hai (Delhi is far away as yet)'.

During the election campaign, while talking to PTI, Singh had also dismissed any impact of Gandhi's extensive campaign in the state and said the Congress chief was "sort of an entertainment" only for people in the state and they do not take him seriously. 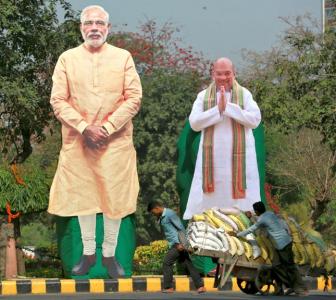 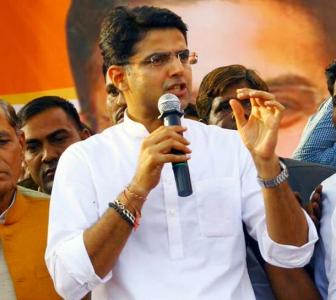 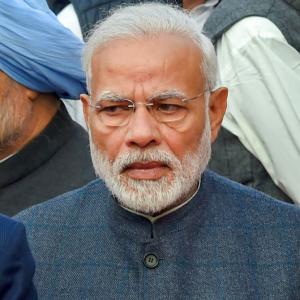 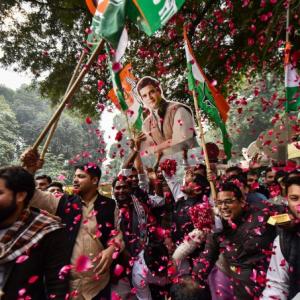