Did not influence judge: Kanchi seer

Kanchi Sankaracharya Jayendra Saraswathi, prime accused in the Sankararaman murder case, on Friday refuted allegations that he had attempted to influence the judge hearing the case.

"I have never met or interacted with the judge in question except once, and that on August 18, when there was a hearing of my case in his court. That was the only occasion when I have met or spoken to the judge and have never interacted with him on any matter beyond that, money or any other," he told mediapersons.

The seer's comments come a day after the Madras High Court stayed for eight weeks the trial in the case at the Puducherry Sessions court on a petition alleging an attempt to influence the verdict.

The petitioner had submitted that some video footage on purported conversation between the Sankaracharya and some others has emerged regarding alleged payments made and to be made by the seer to influence the judgement in the case.

Jayendra said the Kanchi sankara mutt has a standing tradition of over 69 Guru   paramparas', and the tradition has always respected Dharma and Nyaya.

"Obviously there is someone who is not interested in concluding the case, and wants to prolong it, or, there is someone wanting to make money creating such a situation  and they have brought about such a development. I only wish to tell the well-wishers to put faith in Dharma, nyayam and God-fearing values and keep peace."

The seer said he was 'pained' and 'surprised' to see media reports in the past few days, accusing him of entering into deals with the Judge hearing the case.

He said the only person he ever paid money to was the Advocate representing him in the case.

On his purported telephone conversations seeking to influence the judgement, Jayendra said he neither owns a phone nor does he communicate through phone. The phone, the diaries that were in the past, had all been taken away by police, he said, adding, he always talks to the media and people directly.

Only his assistant communicates with them if they are to be invited, he said. "I believe only in "Dharmam, Nyayam and the Judge and our traditional faith that Dharmam protects those who observe Dharma."

The order staying the proceedings before the Principal Sessions Judge against the Seer, his junior Vijayendra Saraswathi and 22 others in Puducherry was issued on a petition filed by city-based advocate P Sundrarajan.

Sankararaman, manager of Varadarajaperumal temple in Kancheepuram, was murdered in the premises of the temple on September 3, 2004. The two seers have been charged with entering into a conspiracy and hiring a gang to murder Sankararaman out of previous enmity.

A total of 189 witnesses have been examined and cross-examined since commencement of the trial in April 2009, of whom 87 have turned hostile. The trial was shifted to Puducherry from a Chengalpattu court on a directive by the Supreme Court on a petition filed by Jayendra in October 2005.
Source: PTI© Copyright 2022 PTI. All rights reserved. Republication or redistribution of PTI content, including by framing or similar means, is expressly prohibited without the prior written consent.
Related News: Kanchi Sankaracharya Jayendra Saraswathi, Judge, Sankararaman, Puducherry, Kanchi
Print this article
Sankararaman case: 3 more witnesses turn hostile
Mangalore air crash: HC stays single judge order 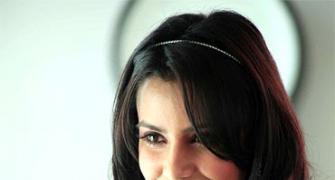 Puducherry CM to hold talks with Panel on July 14