Did Aus police try to hush up attack on Indian?

The police force in Queensland, Australia, has been accused of keeping a serious knife attack on an Indian at a busy train station under wraps.

The Courier Mail has learnt that 34-year-old Narendra Kumar Patel's throat was slashed by a 26-year-old man, while he waited on Platform 9 at Brisbane's Roma Street station, at approximately 4.20 pm on March 17.

The attacker was charged after he surrendered at the police headquarters across the road.

Despite the high-profile location, the police never released the details of the incident. Sources have claimed that a decision was taken by authorities against releasing details of the assault, which is certain to fuel fears about safety at the local train stations.

It will also spark a debate about whether Indians are the target of racially motivated attacks in Queensland, an issue that has raised tension between the Australian and Indian governments, after a spate of attacks in Victoria.

The police refused to comment on the case or the decision not to release details.

But Opposition justice spokesman Lawrence Springborg said the attack struck "at the heart of confidence of all rail commuters" and the public had a right to know about it.

Police Minister Neil Roberts said 54 officers in the rail squad patrolled train stations, along with more than 100 full-time transit officers and private security guards, adding that the clear-up rate for crime on the rail system was 'very good'.

The attacker is currently out on bail and is due to face court again on April 15. 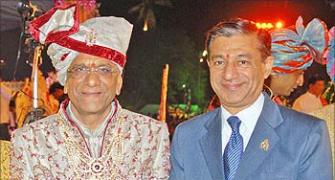