News
Business
Movies
Sports
Cricket
Get Ahead
Money Tips
Shopping
Sign in  |  Create a Rediffmail account
Rediff.com  » News » Won't give up, says Naidu as cops lock gates of his house

Won't give up, says Naidu as cops lock gates of his house

Telugu Desam president N Chandrababu Naidu on Wednesday made a vain bid to venture out of his house at Undavalli Amaravati to proceed to Palnadu region in Guntur district as part of his 'Chalo Atmakuru' call against alleged eviction of some villagers. 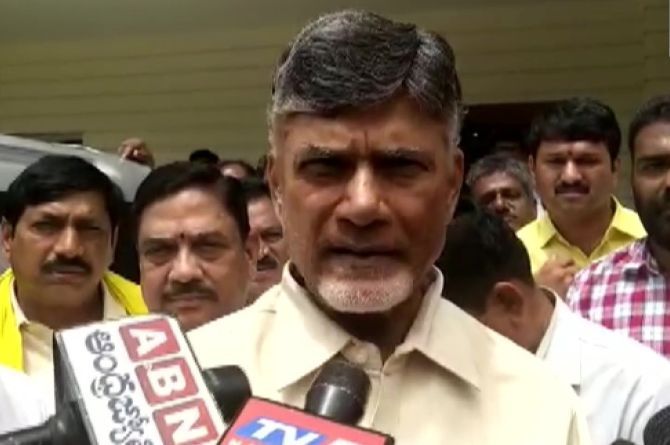 IMAGE: Talking to reporters inside the compound, Naidu termed the police action as 'atrocious' and 'unprecedented in history'. Photograph: ANI

Andhra Pradesh Director General of Police D Gautam Sawang issued a statement, through the Chief Minister's Office, that Naidu was taken into 'preventive custody' as 'his actions are increasing tensions and creating disturbance to law and order in the Palnadu region of Guntur district'.

A large contingent of police, including several deputy superintendents of police, tied the main entrance gate of Naidu's riverfront residence with ropes and also shut other gates to prevent him from coming out. 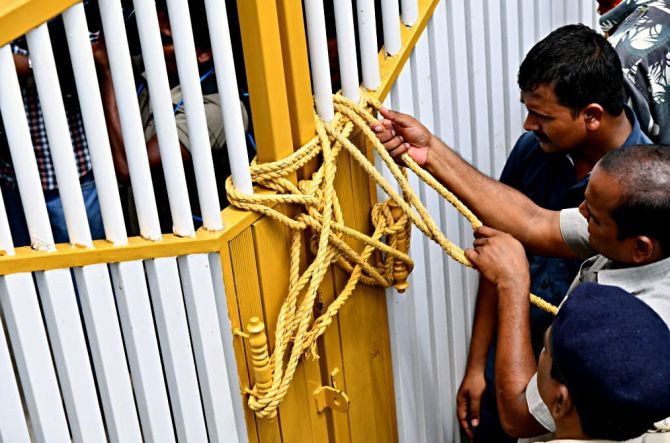 Talking to reporters inside the compound, the former chief minister termed the police action as 'atrocious' and 'unprecedented in history'.

"The situation is horrible. Many of our party leaders, including MPs and MLAs, have been taken into custody at various places. Several others were kept under house arrest.

"All this held mirror to the nefarious mentality of the ruler (Chief Minister Y S Jagan Mohan Reddy)," Naidu remarked.

The Leader of Opposition announced that he would not give up and certainly undertake the Atmakuru visit whenever police allowed him.

Alleging that about 120 Scheduled Caste families have been driven out of their village by the Yuvajana Shramika Rythu Congress and police, he said, "They are taking shelter in a camp organised by the TDP. I wanted to take them back to the village and ensure that everyone there lived in harmony." 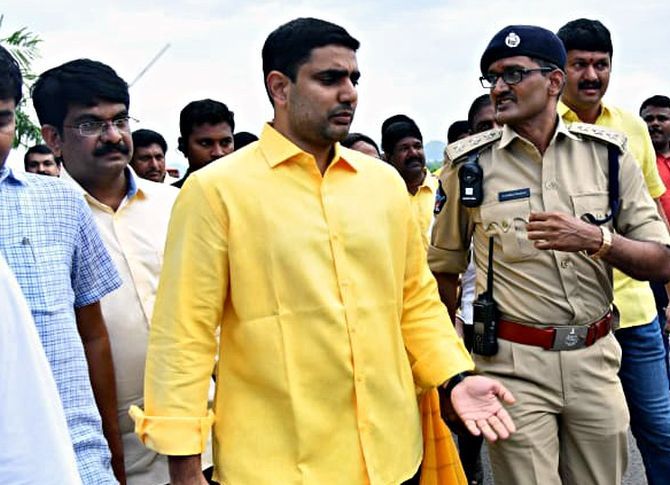 IMAGE: Naidu's son Nara Lokesh talks to police after not being allowed to proceed for 'Chalo Atmakur' rally, in Amaravati on Wednesday. Photograph: ANI Photo

"I will see how long they will keep me under house arrest. I will not be cowed down. I will stand by the victims and fight for their rights," Naidu asserted.

"For five years, people of Palnadu region faced repression at the hands of the then Speaker Kodela Sivaprasada Rao and Gurazala MLA Y Srinivasa Rao.

"What did Naidu do then? Palnadu is now peaceful after Jagan Mohan Reddy became chief minister," Ramana pointed out.

The day began with police laying seige to the TDP president's residence on the Krishna river bank.

Both Naidu and his son Lokesh were not allowed to come out, following which the latter picked up an argument with the police officials. 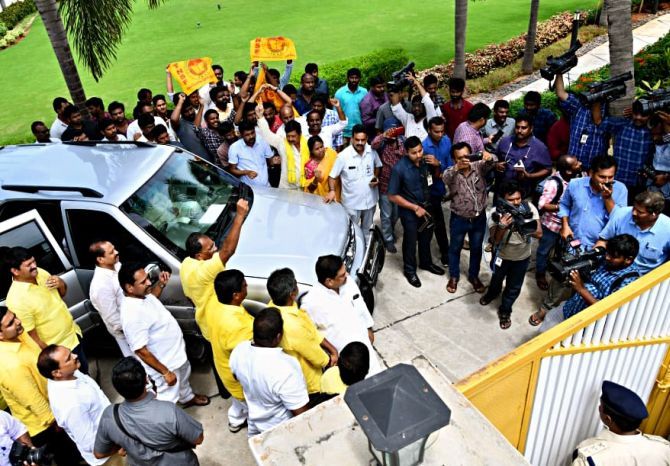 Vijayawada MP Kesineni Srinivas (Nani) and Rajya Sabha member K Ravindra Kumar were detained by the police on the Prakasam Barrage as they tried to proceed towards Naidu's house.

TDP Leader K Atchannaidu, who managed to reach Naidu's residence area on a two-wheeler, was stopped from going in and later taken into custody.

In Vijayawada city, police barged into the five-star hotel room, where former minister Bhuma Akhila Priya was staying, and took her into custody.

Several other leaders were either placed under house arrest or taken into custody by police.

Simultaneously, some leaders of the ruling YSR Congress were also detained in Guntur as they too gave a call for a similar programme as a counter to the TDP.

The TDP chief wanted to lead a group of people belonging to Palnadu region of Guntur district to a village called Atmakuru.

"I have planned to go to Atmakuru to drop the villagers who were driven out by YSRC men and police back in their village.

“This is not an agitation but solidarity with the people who are victims of political factionism," Naidu said.

Alleging that the TDP was only seeking to create a scene using 'paid artists', the YSRC too gave a call for 'Chalo Atmakuru' but police denied permission to both sides and clamped prohibitory orders under Section 144 Code of Criminal Procedure.

A large police force has been deployed in Atmakuru and also in Palnadu region to prevent untoward incidents. 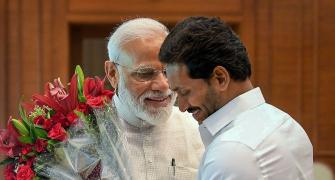 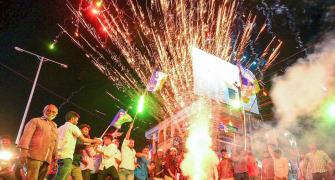 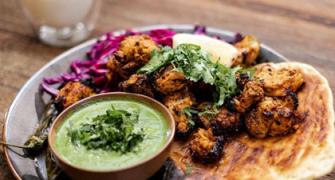 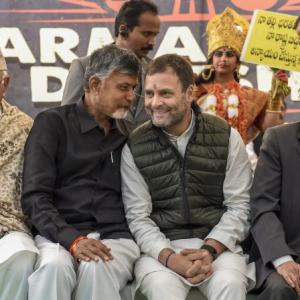 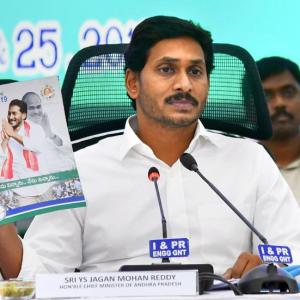