The Bharatiya Janata Party's victory in the civic polls was the "foundation" for the next assembly polls in Delhi and it marks the end of "anarchy", party chief Amit Shah said on Tuesday.

Shah said the credit for the win goes to the BJP's booth-level workers.

He rubbished Delhi Chief Minister Arvind Kejriwal's contention that it may have something to do with alleged manipulation of the electronic voting machines.

"The mandate of the national capital is the nation's mandate. It establishes once again that the people of India are firmly with Prime Minister Narendra Modi. It is their stamp of approval on the Modi government's works," he said.

Shah was addressing a convention of the BJP workers in New Delhi to celebrate the party's success in the recent municipal polls where it retained control of all the three civic bodies, decimating the Aam Aadmi Party and the Congress.

Taking a dig at Kejriwal, Shah said no matter what the Delhi chief minister believes, the victory has got nothing to do with EVMs.

"This is the victory of the BJP's booth-level workers," he said.

Grappling with a series of defeats, Kejriwal has been alleging that the EVMs could have been tampered with to favour the BJP.

The allegation, which has been echoed by few other parties as well, has been rubbished by the Election Commission.

Shah did not elaborate on the "anarchy" jibe. However, relentless feuds and acrimony with the BJP-led Centre have marked the tenure of the AAP government, which stormed to power in 2015, and he may well have been referring to the tussle. 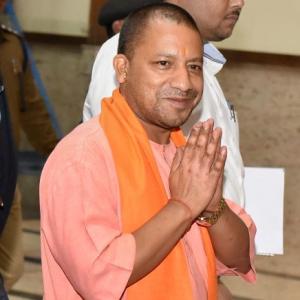 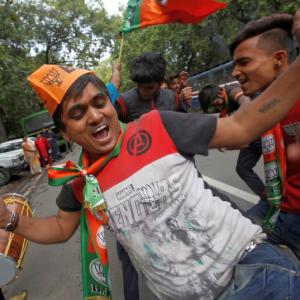