Delhi Police on Wednesday moved the Supreme Court challenging Delhi high court verdicts granting bail to three student activists in a case related to the last year's communal violence in north east Delhi during protests against the Citizenship Amendment Act, saying that its findings are perverse and contrary to record and appeared to be based 'more on the social media narrative'. 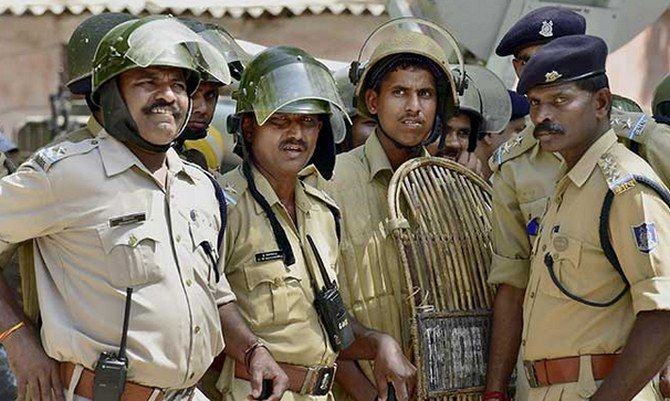 The police sought stay of Tuesday's three judgements which said in its anxiety to suppress dissent the State has blurred the line between right to protest and terrorist activity and if such a mindset gains traction, it would be a 'sad day for democracy'.

In the hurriedly filed appeal, the investigators dubbed the judgements as 'mini trial' and said such observations were unfounded and perverse insinuation.

Further, the Delhi Police contended that the bail was granted to the three accused on an irrelevant consideration which will have far reaching consequences for cases investigated by the National Investigation Agency and other investigating agencies.

The high court 'not only conducted a mini-trial but has also recorded perverse findings which are contrary to record' and almost decided the case while adjudicating bail pleas, said the police while seeking to set aside three bail verdicts.

The appeal said the findings of the high court appeared to be based 'more on the social media narrative than the evidence gathered and elaborated in the charge sheet'.

It said the high court decided the case on a 'pre-conceived and a completely erroneous illusion, as if, the present case was a simpliciter case of protest by students'.

'We are constrained to express, that it seems, that in its anxiety to suppress dissent, in the mind of the State, the line between the constitutionally guaranteed right to protest and terrorist activity seems to be getting somewhat blurred. If this mindset gains traction, it would be a sad day for democracy,' the high court had observed.

Delhi Police specifically referred this observation in it appeal and said 'the above observation in the respectful submission of the petitioner is an insinuation, albeit unfounded and perverse, that the present case was registered by the Government to suppress dissent. A fortiori, that it was a false case. This in the respectful submission of the petitioner was beyond the preview of the bail petition'.

While contending that the judgements are 'unsustainable in law', the appeal highlighted the findings of the high court on provisions of the Unlawful Activities (Prevention) Act (UAPA) related to terror, saying that they can only be applied to deal with matters of profound impact on the 'Defence of India', nothing more and nothing less.

The high court had termed as 'somewhat vague' the definition of 'terrorist act' under the stringent UAPA laws and had warned against its use in a "cavalier manner".

'This in the respectful submission of the petitioner (Delhi police) was firstly, an irrelevant consideration to grant bail to the respondent, and secondly, will have far reaching consequences for cases investigated by NIA and other investigating agencies,' the appeal said.

The plea said the judicial scrutiny was not to ascertain as to whether on evidence on record prima facie the accusations were true or not but to somehow establish that the present case was a case of protest by students and suppression of dissent by the government of the day.

'The high court has not only conducted a mini-trial but has also recorded perverse finding which are contrary to record and the arguments made during the hearing of the case to arrive at a finding that case under Sections 15,17 and 18 of UAPA was prima facie not made out against the respondents,' it said.

Police said unfortunately, contrary to evidence and the detailed oral and written submissions, the high court decided the case on a 'pre-conceived and a completely erroneous illusion, as if, the present case was a simpliciter case of protest by students'.

'The high court completely lost sight of the evidences and statements which were produced before it and had arrived at the impugned judgment discarding the evidences which clearly made out a sinister plot of mass-scale riots being hatched by the respondent along with other co-conspirators,' the plea said.

There was a cause and evidence of terrorist activity against the accused, the plea said, however, the high court 'misdirected itself and gave ex facie perverse findings' to arrive at a conclusion that no case of UAPA was made out.

'The misdirection of the high court is writ large from the observation made by it in the impugned judgment, wherein, the High Court has held that the present case was foisted in anxiety to suppress dissent,' it said.

The high court had directed Narwal, Kalita and Tanha, who were arrested in May last year in connection with alleged larger conspiracy in the riots under stringent UAPA, to surrender their passports and not to offer any inducement to prosecution witnesses or tamper with the evidence in the case.

Kalita, Narwal and Tanha are accused in four, three and two cases respectively relating to communal riots that broke out on February 24 last year and will be released from jail now as they have already secured bail in other matters.