Ashes of the Delhi gang-rape victim were on Tuesday immersed in the river Ganga at Bharauli ghat in Uttar Pradesh as hundreds of people, including women and children, bid adieu to the braveheart with teary eyes.

Ashes of the young woman, who fought for her life for 13 days, were brought to her ancestral village by the family late Monday evening.

On Tuesday morning the family members started from the house around 8 am to immerse the ashes at Bharauli ghat.

As the crowd swelled with people pouring in to pay their last tributes to the girl, it took family members almost three hours to cover a distance of eight kilometres.

At Bharauli ghat the family members, including father and brother, accompanied by local MLA Upendra Tiwari, immersed the ashes in the Ganga.

After immersing the ashes, both father and brother, of the girl broke down.

The gang-rape of the girl, who lost her battle for life in a Singapore hospital, shook the conscience of the entire nation, with people from all walks of life taking to the streets across the country in protest against the incident.

The 23-year-old para-medical student was raped and brutally assaulted by four men who also attacked her male friend and threw both of them out of a moving bus. 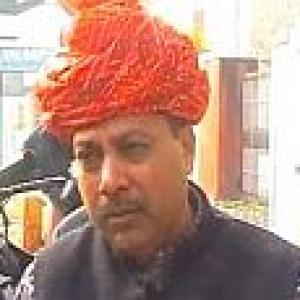 How can an MLA talk of ban on skirts, asks NCW