Source: PTI
April 09, 2010 12:55 IST
Experts on Friday identified the material -- which led to a 'very powerful' radiation in an industrial area in Delhi -- as Cobalt-60, the exposure to which left five persons injured. Scientists from the Bhabha Atomic Research Centre and Narora Atomic Power Station also scanned Mayapuri industrial area on Friday morning to examine whether there was any other source of a similar emission in the vicinity.

Panic was triggered in the locality on Thursday night after the news of a radiation leak broke out, with five persons falling ill after coming in contact with a 'mysterious shining object' in a scrap shop.

"The experts have identified the material as Cobalt-60. They have identified six sources of Cobalt-60 from the scrap shop," said B B Bhattacharya, member of National Disaster Management Authority and former director of BARC.

Cobalt-60 is a radioactive isotope of cobalt, which is a hard, lustrous, grey metal. Cobalt-based colours and pigments have been used since ancient times for jewellery and paints, and miners have long used the name kobold ore for some minerals. Bhattacharjee said Cobalt-60 is used in fabrication work, especially for welding steel. It is also used in radiotherapy for treating cancer.

The experts, who first collected and isolated the mysterious shining object from the scrap shop in Mayapuri Industrial area in a sophisticated lid, had sent it for further investigations. According to Deputy Commissioner of Police (West) Sharad Aggarwal, experts visited the Mayapuri scrap market today morning also and scanned the area to check whether there was any other source of radiation emission in the vicinity.

"The team had identified the source of radiation. They have collected the material and isolated it. They are examining it," said Aggarwal.

Bhattacharjee said the radiation was from a 'very powerful source' as Deepak Jain, the scrap dealer undergoing treatment at Apollo Hospital, is in a serious condition. The police have cordoned off the area up to one km and are not allowing people to enter the locality.

There are nearly 200 scrap shops in the market. Scientists from the crisis management group of the Department of Atomic Energy and the Atomic Energy Regulation Board had on Thursday night carried out the survey of the extent of radiation in the area. The incident came to light on Thursday when Jain, the scrap dealer who suffered serious burn injuries, was rushed to Apollo Hospital, which informed the government that it was a case of radiation.

Jain fell unconscious and his hands turned black after coming into contact with the object, a part of medical waste which was bought from a city hospital. Four workers employed by him also suffered injuries in the incident.

Soon after the radiation, Apollo Hospital informed the authorities that Jain has been exposed to radiation. A team from NDMA's emergency response centre then rushed to the spot on Thursday afternoon. They were joined by a six-member team, including a doctor, from BARC later on Thursday evening, besides ten scientists from the Narora Atomic Power Plant.

According to a senior official, the radioactive substances were put in an almirah by the scrap dealer, who was unaware of its radioactivity. Bhattacharya said they were looking for more sources of radiation in the market.

"It is a very congested area. We feel that more people were exposed to radiation as the material was there for about a week," he said.

"We have asked the authorities to properly examine the locality as well as the people in the area," Bhattacharya said.

Asked how the radioactive material ended up as scrap, he said the scrap dealers do not have requisite instruments to check whether any material they collect is radioactive or not. "We do not know the source from where it came from. Whether it came from abroad or not, we do not know. Hopefully, we will be able to ascertain the facts soon," he said.

Jain's relative Rajesh said that there were small black patches on the scrap dealer's body and they kept getting worse. Locals said there was a peculiar smell in the area. Ajay, a resident of Mayapuri, claimed that the scrap had been brought to the shop about a week ago.

"They were cleaning the object when one of the labourers started losing hair. His finger nails also broke. Others also fell ill," Ajay recalled.

Though police suspect that the dealer bought the material from a city hospital, they are also investigating reports that it was procured from Faridabad. "We are also probing whether the scrap material originated from abroad," a senior police official said. 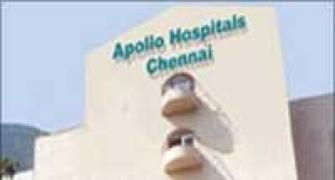 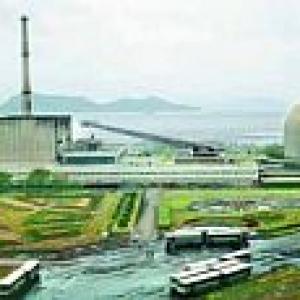 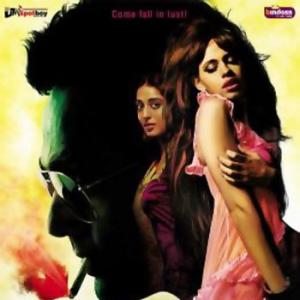