A man hospitalised after radiation exposure in the national capital earlier this month died due to multi-organ failure on Monday, doctors said.

Rajender, 35, a worker at a shop in Mayapuri scrap market, died at the All India Institute of Medical Sciences. He was shifted there on April 13 from the DDU hospital, where he was initially admitted.

"He died due to multi-organ failure at around 9.30 pm. His condition had deteriorated. His TLC count and his platelet count had dropped drastically and he had developed pneumonia. There were signs of kidney and liver function impairment. He was on ventilator and was being administered multiple drugs," a doctor with the hospital said.

Four other radiation exposure patients are still admitted in AIIMS, while Deepak Jain, the owner of the scrap shop from where radioactive material Cobalt-60 was recovered, is at Apollo Hospital.

Another patient Ajay Jain is undergoing treatment at Army Hospital, Research and Referral. Ten sources of Cobalt-60 had been found in the Mayapuri scrap market earlier this month and eight persons were hospitalised.

One of them has been discharged. Cobalt-60 is a radioactive isotope of cobalt, which is a hard, lustrous, grey metal. It is used in cancer therapy machines and other medical equipment.

Source: PTI© Copyright 2021 PTI. All rights reserved. Republication or redistribution of PTI content, including by framing or similar means, is expressly prohibited without the prior written consent.
Related News: All India Institute of Medical Sciences, DDU, TLC, Research and Referral, Deepak Jain
SHARE THIS STORY
Print this article
Foreign link to radioactive scrap in Delhi? 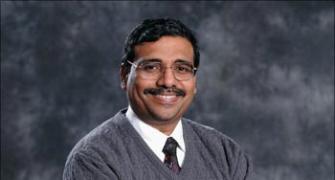