The lawyers at Delhi's Saket district court complex have called for a strike on Friday to protest against an attack on three judges.

The three judges travelling together in a car were attacked, along with their driver on Thursday, in the Dakshinpuri area of South Delhi.

"We condemn the incident and have decided to go on strike. Stringent action needs to be taken against increasing cases of road rage. No work will be done in trail courts," said a senior leader of the advocate's union.

The police have arrested two people in connection with the incident and have registered a case of attempt to murder. The duo will be produced in court later on Friday. "We have arrested two of the four miscreants and pressure has been mounted to nab the other culprits as well," Rajan Bhagat, public relations officer of Delhi police told rediff.com.
The three judges and the driver of the car were attacked on Thursday evening, in the second incidence

of road rage in the capital in which judges were at the receiving end.

One of the judges, Ajay Garg suffered head injuries while two of his colleagues, additional sessions judges Inderjit Singh and M K Nagpal, escaped unhurt in the incident.

Garg and the other two judges were in a car and headed to Ambedkar Nagar when the incident took place. The driver of car was also injured in the incident.

When they reached Dakshinpuri, a motorcycle hit their vehicle, following which the bikers accosted the judges and beat up Garg and the driver.

The attackers also allegedly hit Garg's head with stones. Garg and the driver, who were injured in the incident, were rushed to AIIMS Trauma Centre. The attackers fled the scene leaving the motorcycle at the spot.

On May 14, Additional Chief Metropolitan Magistrate of Saket court Sanjay Sharma was attacked allegedly by an SUV driver after the former had stopped his car on one side of the Bus Rapid corridor, allegedly obstructing the vehicle's way. 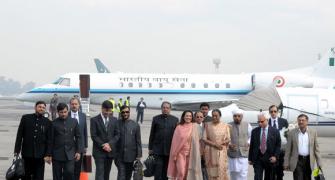 My battle with bad Pakistan won me some good friends 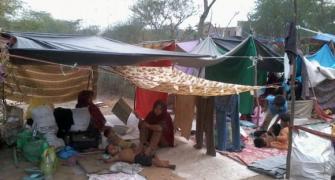 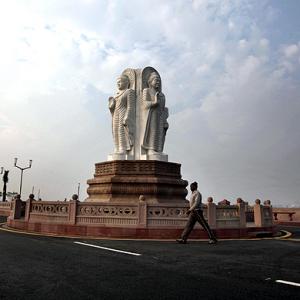