SpiceJet's Delhi-Dubai flight suffered a mid-air malfunction in its fuel indicator on Tuesday and was diverted to Karachi and cracks developed on the windshield of another plane of the budget carrier at a height of 23,000 feet forcing a priority landing in Mumbai in a double whammy for the airline. 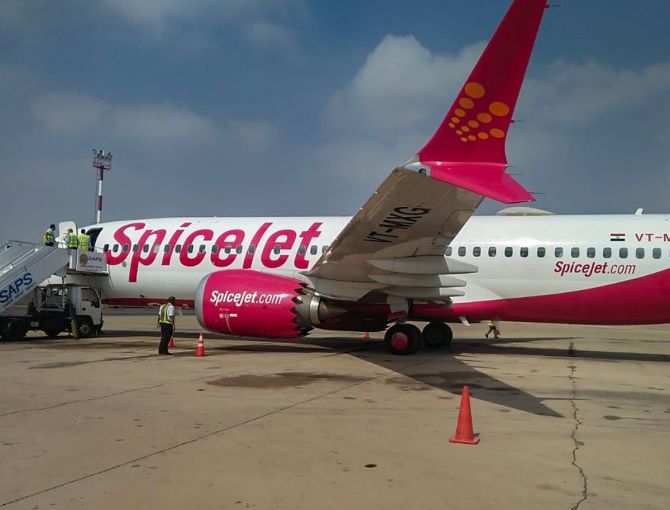 The Dubai flight was operated by Boeing 737 Max with around 150 passengers on board, according to officials.

The number of passengers on the 78-seater Q400 plane on a Kandla-Mumbai flight was not immediately known.

According to officials of the Directorate General of Civil Aviation (DGCA), the aviation regulator is investigating all the seven incidents.

The Boeing 737 Max aircraft -- which was heading from Delhi to Dubai on Tuesday morning -- started showing unusual fuel quantity reduction from its left tank when it was mid-air, following which it was diverted to Karachi, they said.

When an inspection was done at the Karachi airport, no visual leak was observed from the left tank, they added.

An official of Pakistan Civil Aviation Authority (PCCA) said the pilot of SpiceJet's Delhi-Dubai flight contacted the control tower while flying over Pakistan airspace, informing that the aircraft has developed some technical fault.

After the plane was allowed to land on humanitarian grounds, engineers of the Pakistan International Airlines(PIA) worked with SpiceJet crew to locate and rectify the technical fault, the PCCA official added.

"Apparently, there was a problem with the aircraft's light indicator machinery, but it could not be repaired immediately so another aircraft was arranged to take the passengers to Dubai," he said.

Another source at the Karachi airport said around 150 passengers were on board the aircraft and were provided food and refreshments.

SpiceJet's replacement aircraft was despatched from Mumbai and landed at the Karachi airport at 6.15 pm (IST).

This plane departed from Karachi at 9.45 pm (IST) with the passengers to Dubai.

In the second incident, the pilots of the Q400 plane had to carry out a priority landing at Mumbai airport after its windshield cracked at 23,000 feet altitude, DGCA officials said.

The aircraft did not face any cabin pressurisation issues, they said.

'On 5th July, 2022, SpiceJet Q400 aircraft was operating SG 3324 (Kandla-Mumbai). During cruise at FL230 (23,000 feet altitude), P2 side windshield outer pane cracked. Pressurization was observed to be normal. The aircraft landed safely in Mumbai,' the SpiceJet said in a statement.

Commenting on the Delhi-Dubai flight incident, the airline said, 'On July 5, 2022, SpiceJet B737 aircraft operating flight SG-11 (Delhi-Dubai) was diverted to Karachi due to an indicator light malfunctioning. The aircraft landed safely at Karachi and passengers were safely disembarked.'

'No emergency was declared and the aircraft made a normal landing. There was no earlier report of any malfunction with the aircraft,' it added.

Passengers have been served refreshments, it had said earlier in the day.

Since June 19, there have been seven incidents involving SpiceJet planes.

Fuselage door warnings lit up on two separate planes while taking off on June 24 and June 25, forcing them to abandon their journeys and return.

On July 2, a flight heading to Jabalpur returned to Delhi after the crew members observed smoke in the cabin at around 5,000 feet altitude.

Notably, SpiceJet has been making losses for the last three years.

Shares of SpiceJet fell by over 2 per cent in the backdrop of a series of technical incidents involving the airline.

On Tuesday when its Dubai-bound plane was diverted to Karachi the airline's scrip dropped 2.33 per cent to close at Rs 37.65 apiece on BSE. 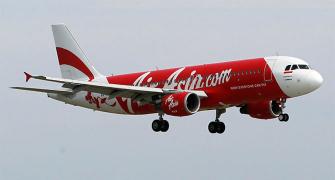 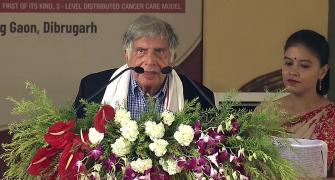 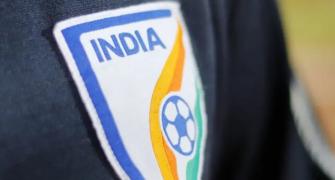 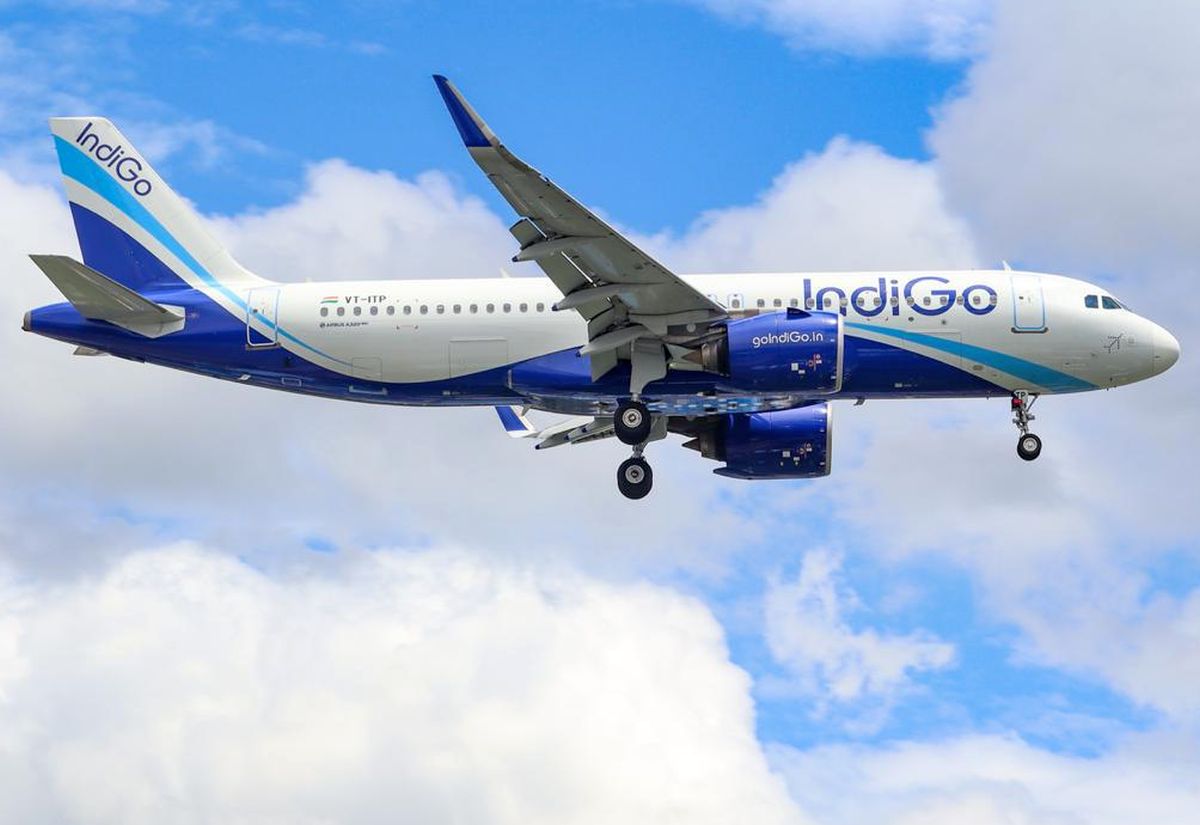 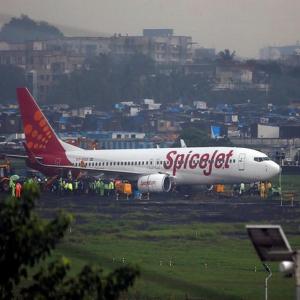