The 23-year-old girl, who was gang-raped and brutally assaulted in a Delhi bus nearly a fortnight ago, died at a hospital in Singapore on Saturday.

The girl who was admitted on Thursday morning at the multi-organ speciality facility, Mount Elizabeth Hospital in an extremely critical condition, died at 4:45 am local time (2:15 am Indian time), the hospital said in a statement.

The hospital chief executive officer Dr Kelvin Loh said: "We are very sad to report that the patient passed away peacefully at 4.45 am on 29 Dec 2012 (Singapore time)."

"Her family and officials from the High Commission of India were by her side. The Mount Elizabeth Hospital team of doctors, nurses and staff join her family in mourning her loss," Loh added.

As of 9 pm (6:30 pm IST) on Thursday, the 23-year-old's condition had taken a turn for the worse. Her vital signs were deteriorating with signs of severe organ failure.".

"This is despite doctors fighting for her life, including putting her on maximum artificial ventilation support, optimal antibiotic doses as well as stimulants which maximise her body's capability to fight infections," Loh had said on Thursday night.

The girl was gang-raped and brutally assaulted in a moving bus on December 16, triggering massive protests across India and prompting the government to airlift her to the leading multi-organ transplant speciality hospital.

She had undergone three surgeries at the Safdarjung Hospital in Delhi, where she remained on ventilator support during most part of the treatment. Doctors removed major part of her intestines which had become gangrenous. 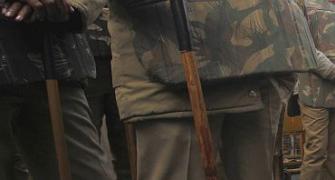