"We can now advise that all allegations have been addressed and all matters resolved to the satisfaction of all parties," the Globe and Mail quoted Peter Downard, a lawyer representing Davidar, as saying in an e-mail.

"None of the parties will be commenting further to the media," he added.

"Everything has been settled," she said, adding that the

company expects to follow the news by announcing the name of Penguin Canada's new president on Wednesday.

But soon after, former Penguin Canada executive Lisa Rundle filed a lawsuit claiming that Davidar had sexually harassed her, and that the company fired her when she complained.

In response, the company admitted that it had fired Davidar as a result of the alleged incidents, which were described in vivid detail in Rundle's statement of claim.
Source: ANI
Related News: Penguin Canada, David Davidar, Lisa Rundle, CEO, Yvonne Hunter
SHARE THIS STORY
Print this article

Had consensual relationship with colleague: Davidar 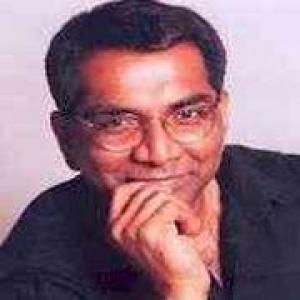 Davidar quits as Penguin Canada CEO, will return to India