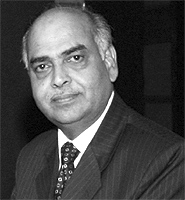 BJP leaders argue that there is a serious argument against Cyriac Joseph's appointment because one of his “acts of omission” in not delivering a sensitive judgment within a reasonable time-frame has helped the first United Progressive Alliance government by bailing out Mulayam Singh Yadav and his family, reports Sheela Bhatt

BJP leaders argue that there is a serious argument against his appointment because one of his “acts of omission” in not delivering a sensitive judgment within a reasonable time-frame has helped the first United Progressive Alliance government by bailing out Mulayam Singh Yadav and his family.

Vishwanath Chaturvedi, petitioner of the disproportionate assets case against Mulayam Singh Yadav and his family says, “Judge Cyriac Joseph gave the judgment on February 10, 2009, but reserved it. He retired in January 2012. Long after his retirement the judgment was pronounced by the reconstituted bench on December 13, 2012. This is unprecedented and not the normal practice in legal history.”

Chaturvedi alleges, “If the judgment had been delivered on time, the UPA-I would have destabilised much before its time in May 2009. Mulayam helped the UPA, only because his court cases were successfully delayed for various reasons.”

The judge has courted many other controversies. The Kozhikode Bar Association last year had passed a resolution against him when the judge visited the Forensic Sciences Laboratory in Bangalore. He was trying to know more about the narco-analysis tapes of the accused in the sensational Sister Abhaya murder case. The Bar resolution had said: “Justice Cyriac Joseph, who belongs to the same religious order as that of Sister Abhaya and the accused, should not have given room for such a report”. The accused in the Abhaya murder cases are Father Thomas M Kottoor, Father Jose Puthrukayil and Sister Sephy.

The BJP government in Karnataka had, earlier, opposed Judge Joseph's candidature for the Lokayuktha. Then, the party had said his “over-identification” with the Catholic religion is something “Justice Cyriac has always worn on his sleeve”.

Members of the NHRC and the chairperson are selected by a committee which includes the prime minister, the Union home minister, leaders of the Opposition in both Houses of Parliament, the speaker of the Lok Sabha and deputy chairman of the Rajya Sabha.

BJP leader Arun Jaitley has submitted a note to the committee which is quite damaging for Joseph.

A newspaper has quoted an excerpt from Jaitley’s note. ‘He (Judge Joseph) has been, even during his tenure as a judge, perceived to be close to certain political and religious organisations. His close proximity to religious organisations is evident from the fact that media reports have indicated that when certain nuns were sexually assaulted, as a sitting judge of SC he visited the institutions where a narco-analysis of the accused was being carried out in Karnataka... He was quoted in the media as having stated that for him his religious affinity was more important that his commitment as a judge,’ Jaitley's note says.

It further says: ‘He was known for not writing judgments. As against a few hundred judgments authored by every judge of the SC, during his tenure Justice Cyric Joseph is believed to have written only six judgments.’

Then, the Congress had alleged that Sharma, as chief of the CBI, had helped L K Advani in the Babri Masjid demolition case by withdrawing the criminal charges. No less than the NHRC chairman, Justice A S Anand, had opposed the appointment of the then retired Sharma. Justice Anand wrote a letter to then Prime Minister Atal Bihari Vajpayee, questioning the appointment.

The Congress party is likely to pay the BJP back in the same coin. 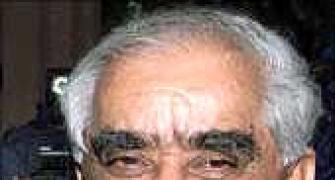 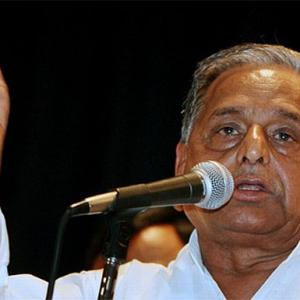 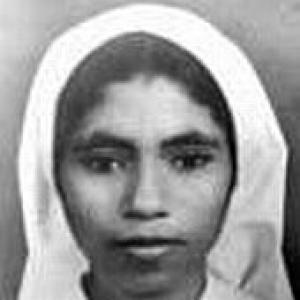