Dismissing allegations levelled by her Uttar Pradesh counterpart Mayawati, Delhi Chief Minister Sheila Dikshit on Tuesday said no money has been diverted from SC/ST schemes for projects related to the Commonwealth Games.

"There has not been any diversion of funds from SC/ST Welfare Schemes," Dikshit told PTI when asked about Mayawati's allegation that Rs 750 crore of special component plan for SC/STs have been to diverted to Commonwealth Games projects.

The allegations rocked the Rajya Sabha leading to its adjournment on Tuesday morning when Bahujan Samaj Party Members of Parliament disrupted proceedings.

Terming the alleged diversion as "unjust", Mayawati said on monday, "Utilising money meant for uplift of SC/ST sections of the society for Commonwealth Games is not justified in any manner and the fund should be utilised for the purpose it was allocated."

She claimed that the decision was a clear indicator that Delhi government was not concerned about the welfare of dalits.

Delhi minister Raj Kumar Chouhan, who holds the portfolio of PWD and SC/ST Welfare, said, "Not a single percentage" of funds have been diverted for Games related projects.

"All the funds allocated are being spent on the welfare of SC/ST," Chouhan said. In Rajya Sabha, BSP leader Satish Chandra Mishra said he has given a notice for suspension of Question Hour to discuss the issue.

He was supported by Left parties and members of BJP who too wanted a discussion. 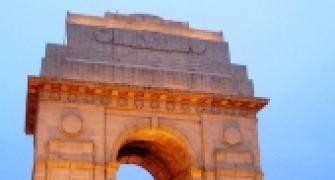